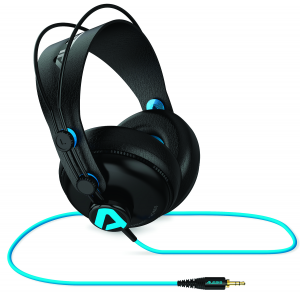 New for 2014 and announced at the Musikmesse trade show, Alesis has released their brand new studio reference headphones, the SRP100. These headphones are pretty top notch and we’re huge fans of Alesis. With closed-back, isolating ear cups and a studio monitor build, they’re something worth looking at, even in a saturated studio monitor headphone realm. What we really like about this pair of studio reference headphones is their affordability. Set to release in the Summer of 2014, they’re at a street price of $50. As opposed to some other headphones in the market going for almost 200$, this is a great alternative for those who are looking for a cheap but solid sound isolating and studio quality pair of headphones.

Main features of the Alesis SRP100

Alesis music equipment is typically known for their other modules, but being loyal to their brand we had to try these out. We find them similar to the Audio-Technica ATH-M40x. Here’s a list of their main features they present for the SRP100 headphones:

Our rating of the Alesis SRP100 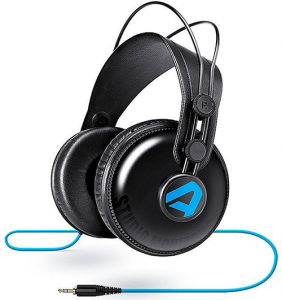 Although we and Alesis say the SRP100 studio headphones are made for monitor and mixing use, who wouldn’t want this type of quality headphones elsewhere? Wear em’ to the gym, on the subway or even merely for leisure. We like these because they’re only $50 and are pretty decent quality. We’re giving it a 4/10 because of it’s price and relatively higher quality of tech included.

As far as comfort goes, the around-the-ear design is great but sometimes with this design pain can accur; this isn’t the case with the SRP100. It can be used for hours on end in the studio until the depths of dawn unless you have some sensitive ears.

The SRP100 headphones are closed-back, which means they isolate sound and do not allow it to leak out through the cups. If you’re looking to mix and master specifically, closed-back designed headphones aren’t recommended by the professionals.

These are more recommended for recording since closed-back design builds up some bass and treble in the earcups over time. You’ll want some open-back or even semi-open designed headphones for that. We have some recommendations in our best headphones for mixing and mastering article if that’s what you specifically need.

The Alesis SRP100 headphones is tuned particularly for clarity and dynmaics, another techy word for accuracy of sound. They’re not over-saturated with bass or treble to appeal to a more commercial crowd. It gives you pretty exact frequencies as in what the artist intneded for you to hear when you’re listening to their songs. So as far as consumer use, that’s your pick.

As far as mixing and professional music mastering, again, that’s what they’re made for: it’s up to you if you want to rely on a $50 pair of headphones for a big job like that. Not to mention they look pretty cool. Also check out Alesis’ other new model the DRP100 isolating headphones we’ve recently reviewed or check out our best studio headphones article for some other options out there.