In 1996, the acronym ‘VST’ was introduced by Steinberg Media Technologies as a way of adding real time audio effects to audio tracks recorded on a computer. At the time, it was pretty unheard of. Nowadays, they’re a staple-point of any musician working digitally. VST plug-ins are generally either instruments (VSTi) or effects (VSTx).

What Does VST Mean?

VST is short for Virtual Studio Technology. A VST plug-in is a piece of digital software that allows you to use virtual instruments and audio effects in a DAW (digital audio workstation, or music software). They’re used by amateurs and professional recording engineers to enhance their audio projects. whether you’re in a huge professional studio or simply on a laptop in your room.

VST is an audio plug-in software that combines software synthesizers and effects units into audio workstations. A software synthesizer is a computer program or plug-in that creates digital audio for music. An effects unit or effects pedal is an electronic device that changes the sound of a musical instrument or other audio source. In this article we are going to talk about the different types of VST and their use, more specifically FX since it gets so advanced and intricate.

How Does a VST Work?

VST plug-ins are designed to work within DAW applications (Digital Audio Workstation) to provide additional functionality that can be used to make music at home or in a professional studio setting. A Virtual Studio Technology, instead of working on its own, is plugged into something else like an effect unit. A VST plug-in processes audio or MIDI in a DAW and either makes audio effects or creates MIDI notes sounding like real musical instruments. VST plug-ins are compatible with almost all DAWs

What are the Different Types of VST Effects?

There are mainly two different types of VST plug-ins with thousands of different varieties. The two main types are VST instruments and effects. Today we’ll be getting super detailed into VST effects (also known as VSTx).

These plug-ins are used to process audio instead of producing it. You can say that VST effects are the software version of hardware audio processors, like reverbs, compressors or phasers. VST effects plug-ins receive digital audio and process it through their outputs. There are an extremely large amount of different types of audio effects plug-ins. Some of the important types we’ll explain below.

EQ plug-ins: An equalizer, also known as EQ is a plug-in that either boosts, removes, increases or decreases the frequencies of an audio file. An EQ usually has different controls and they are:

The most important types of EQ plug-ins are:

Compressor plug-in: A compressor plug-in is used to compress a sound’s dynamic range. In other words, to make the louder and quieter parts of the sound’s performance closer to each other in level. They are necessary to reduce the dynamics of vocals or instruments, so that each element of the track in the mix is exactly where it needs to in terms of volume and frequency. There are different types of compressor plug-ins and they are:

Compressors have controls and features and some of these are:

The different types of Compressor plug-ins are:

Limiter plug-in: Like a compressor plug-in, a limiter controls dynamics. Limiters are designed to sound good while compressing a very hard signal. This is used to add some nice characteristics to the track, specially the good plug-ins. It prevents clipping and distortion; it can also be used to increase the volume of a track. Limiter plug-ins have pretty much the same controls as the compressors.

Reverb plug-in: This is an audio effect plug-in that makes audio sound like it was created in a certain space. Some of the controls and features of reverbs are:

The main types of reverb plug-ins are: 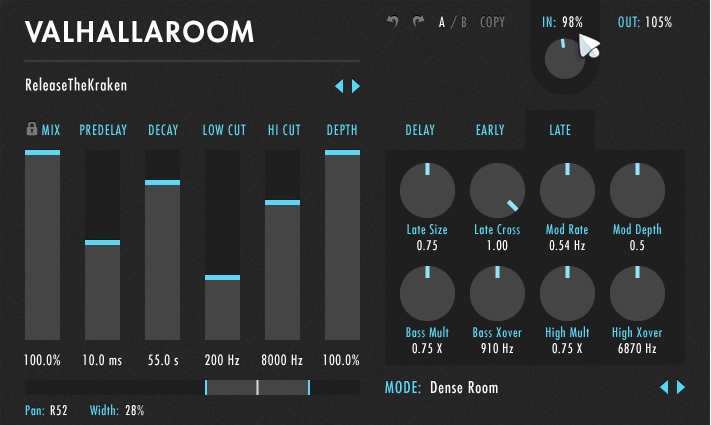 Delay plug-in: Delay records the audio signal going into the plug-in and repeats it back delayed over a duration of time of your choice. This is used to make a mix sound fuller and richer. Some of the controls and features of delay plug-ins are:

The different types of delay plug-ins are:

Some of the controls and features are:

A type of distortion is:

Subtractive Synth plug-in: These are most people’s go-to plug-ins. Subtractive synths is a method of sound synthesis in which part of an audio signal is reduced by a filter to change the character or quality of the sound. Good Subtractive Synths should have the following features:

Vocal processor plug-in: This is a plug-in that directly transforms vocals by pitch or turns vocals into synthesizers or something else. They are used for vocal pitch correction, controlling volume imitating a synthesizer or instrument, doubling a vocal or transforming it in another creative way. Some of the controls and features are:

Sampler plug-in: This will help you combine samples from a bunch and make beats from them. A good sampler has the following features:

Music analysis plug-in: Music analysis don’t have an effect on the sound of your track, they are good for finding problem areas and viewing data such as dynamic range and problem resources.

VST effects plugins are the software representation of their original equipment with their sonic characteristics. Although it is probably always better to use the original instruments, but VST plug-in developers try to create the sound as closely as possible to the original one. Instead of buying so many individual musical instruments and spending a lot of money, VST plugins lets musicians and recording engineers use virtual versions of the real instruments or devices. VST instruments and VST effects can only be used with a software application or a hardware device.

There are thousands of plug-ins available; some are free, but not so good sounding and some are available for purchase with a wonderful sound.