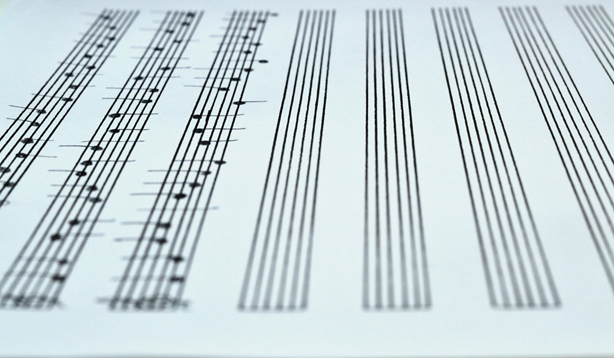 Learning music theory can seem like a fairly daunting task. The first thing you need to know about music theory is that it’s a language. Just like Spanish or French, it takes time to understand enough about the language to speak it properly. Whether you’re simply learning about music production or just making music in general, it’s important to have at least a significant amount of understanding of theory to incorporate into your tunes.

In today’s discussion we will delve into the basics of music theory and how to read the language of music. Now, the first time you saw a sheet of music you had no idea what all of the little symbols were or what they meant. Today you will get a bit of a crash course on some of it. Obviously, we won’t go too far down the road into music theory but we will get some of the music theory basics out-of-the-way. What do all of those little symbols mean? Today we will teach you a bit about what they are, what they do and how they are used.

Understanding the Basics of Music Theory

Now let’s talk about the staff. Basically, the staff (or staves for plural) is really just the framework that you draw the notes on. Typically, in Western musical notation the staff is made up of five parallel lines and four spaces between those lines. Every line or even the spaces between lines on the staff are a representation of the keys on a piano keyboard. There are small extra lines called ledger lines that can be added that allow the staff to be expanded if a note is either too low or too high to fit on the staff and by exactly how much. You can use as many ledger lines as you need.

The staff is read just like a Western book from left to right and includes vertical lines which divide each staff into shorter sections called bars, also sometimes referred to as measures. The way the bar lines work is if you have a double bar it is usually used to mark the end of a large or very large section of music. This also includes the very end of the piece which is a much heavier double bar line. Lower pitch notes are written on the lower end of the staff and higher pitch notes are written on the higher-end staff.

Symbols on the Staff

Now when it comes to music theory for beginners there are myriad of different symbols that can appear on the staff. Understanding the symbols will be very important when it comes to reading and understanding music. At the very beginning of the staff is a clef symbol. There are two main types of clef symbols, one is the treble clef (or G clef) and the other is the bass clef (or F clef). There is also the middle C, which contains the tenor clef and the alto clef, but we won’t go into that today.

The clef symbol indicates to you what note the piece should start with and where it should begin. Probably the simplest example of this would be where that the treble clef actually looks like a G. Where the G intersects with the staff indicates where the first note begins. The bass clef looks like an F and the two dots indicate where the first note begins. 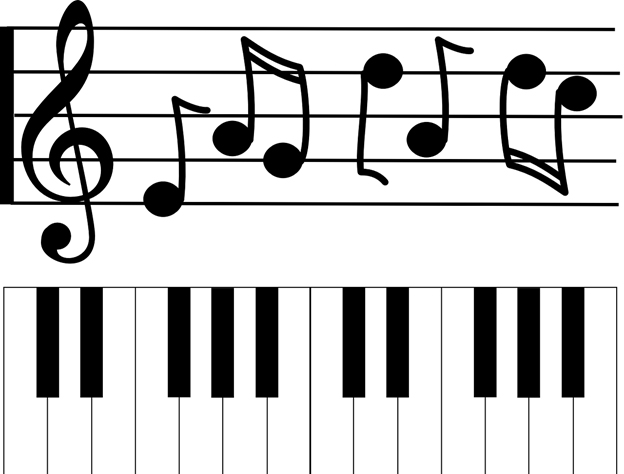 As far as notes go, just remember that the notes are A, B, C, D, E, F and G. Also remember that the first note after G is A, and then the notes begin again B, C, D, etc. Music for all instruments are available through clefs, some may sound little higher or much higher. Different clefs make it possible to use lower sounds too. Although it’s rare, bass and treble clefs are movable or “nonstandard” in their positioning and are called C clefs (or middle C as explained above) which just means that whatever line it is on becomes a middle C. Other symbols on the staff include rests and notes, the notes are simply for a sound and rest is simply for silence.

Dynamic markings and tempo markings are also on the staff. Dynamic markings tell you how loud the sound should be and the Tempo marking indicate how fast the music should be played. Finally, the key signature and the time signature are very important because they, along with the clef symbol occur at the beginning of each piece and give you important information concerning measures, notes and beats.

Of course that’s not everything you need to know about the symbols on the staff, but since this is music theory for beginners, that should do for now.

Note pitch, is nothing more than how high or how low the sound goes. Technically, it is just the frequency of the sound wave. The shorter the wavelength becomes the higher the pitch, the longer the wavelength the lower the pitch becomes. Western music has 12 notes that are most commonly used. The natural notes A, B, C, D, E, F and G (as discussed before) are all the white keys on a typical piano. As you can see there are only seven there, the other five are the black keys. Those five keys are written on the staff as two different symbols. The symbols are the sharp symbol and the flat symbol.

Although most natural notes are a whole step apart, the sharp symbol or sign indicates that a note is one “half step “higher than a natural note while the flat symbol indicates that the note is a “half step” lower than a natural note. For example, the space between two white keys is called a whole step, and the black key represents a half step. Some people refer to the whole steps and half steps as tones and semi-tones but it really is up to you. They both mean the same thing. Now, this may seem like a lot to take in, but it really is quite simple once you begin to understand the notes. Learning music theory is about much more than this, but this should at least whet your appetite to learn more.

As you can see, learning music theory as many facets. Obviously we didn’t go into everything here, but since this is just music theory basics we hope that this gets you excited to learn more about music theory. Let the journey begin.