Should I use Mac vs. PC for music production? Which operating system and type of computer is better for recording and making music? Does it even matter? Not only had we asked ourselves this questions for years, but it’s also one of the most popular questions we receive from our readers. Can we give you a literal answer to save you time from reading this relatively long article? Unfortunately, that wouldn’t be fair. If we literally had to give you one, this may not be what you want to hear, but this is the truth: it really doesn’t matter.

PC vs. Mac for Music Production

Still here? Ok, we can elaborate. Today we’ll  wade into the deep end on the Mac vs. PC debate, joining a battle that has been raging for 30 plus years. This time however, we will discuss only the music production end of the spectrum. Before we begin though, we want to mention that this is simply an overview of the debate between PC vs. Mac in terms of capabilities and the pros and cons of each platform. Production has many facets when it comes to music making equipment with instruments, controllers, mixers and software, so be sure to read our other guides when you’re done if you need further help. While some software will only work on some systems and not others, the hardware of music production is multi-platform, so we won’t get too far into that today.

Everyone talks about the pros and cons of this debate, but they all end up the same way. Some people are Mac fans and others are PC fans. You could literally use either one of them and be happy, and that is a true statement. The fact that this fight has been going on for a generation should tell you just how close the two are to each other in capabilities. Both can deliver a level of performance that any audiophile, musician or producer would want. It really boils down to what you are comfortable with. Some kids grew up on a Mac, others grew up on a PC. Tribalism is an ugly business, but since it makes both sides money it will most likely never end, neither will the debate of PC vs. Mac.

Before our feet can’t touch the bottom anymore, we should talk about production desktop computer vs. music making laptop. When talking about which one is the right one for you, we must first decide how you are going to use it. Is it going to be for a home recording studio? Or is this going to be your mobile laboratory? This is a tougher question than you might think.

Maybe you want to go to a friend’s house to work on something together. It’s not very practical to pack up a desktop and haul it across town every time you want to collaborate. Perhaps the best method would be to go dual platform, have both a desktop and a laptop, using the desktop for the bulk of the work and storage and the laptop for mobile work. Since you will already have the software, and with the compact nature of some of the hardware these days, logistics shouldn’t be a problem.

Do I Choose Mac or PC for Music Making? 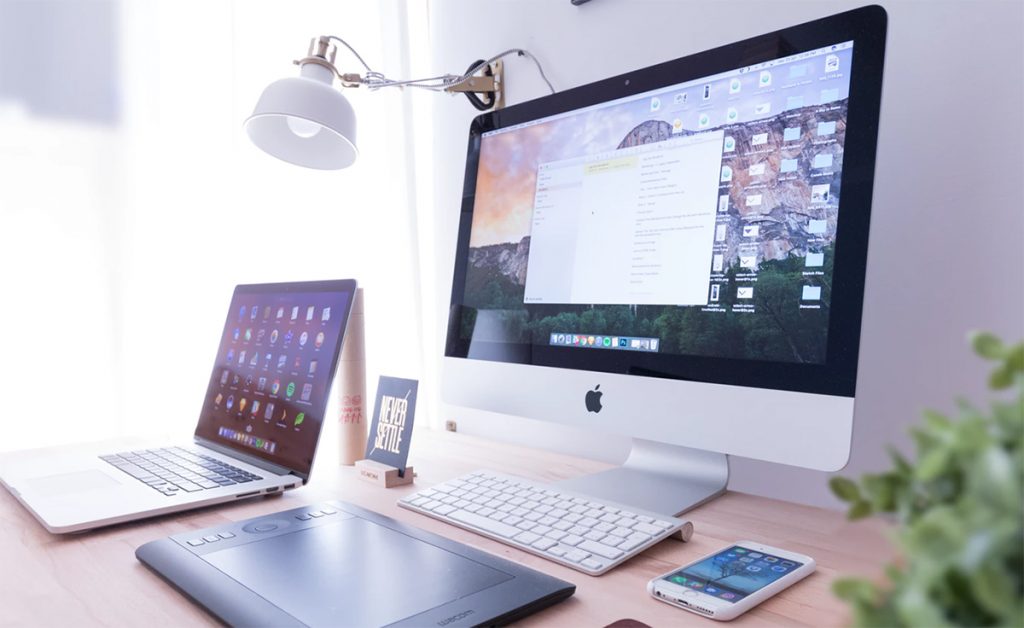 In the beginning, it’s going to be all about budget. If you have the means, then go ahead and spend away! If you don’t, then there are some things to consider when comparing the PC vs. Mac. First off, the PC is and expandable device. This means that as long as you have a huge power supply and a large enough box to put it in, you can literally upgrade from time to time forever. This approach favors the lower end budget because you may only need a few hundred dollars at a time, allowing you to stretch the cost over a very long period of time after the initial purchase. This is also a forgiving route because the speed at which technology races forward is going to render your machine obsolete in just a few years, what’s hot tomorrow may not exist yet but with a PC you can be pretty sure it will simply be a matter of plug and play.

For the Mac however, it’s a bit tougher on the budget initially but you get a very powerful and capable machine right out of the box. The way Apple has progressed in recent years has been nothing short of impressive, with technologies and software compatibility the PC is going to be hard pressed to match in the future. Apple has made it a strong point that they want to own the cell phone market and it’s clear that’s what they’ve invested most of their R&D into, but that may be about to change. The Mac Pro Tower back in 2012 was the closest Apple ever got to the PC in terms of hardware upgrade compatibility, and with the rumors of a new Mac Pro on the horizon later in 2018 it may very well be game on in the battle between Mac vs. PC for music production. The software for Apple products is easily transferred from one device to another, making it simple to run audio software on say an iPad and send it straight to the iMac in just a few moments.

Although the PC and Mac look very similar these days, the cost of components inside them is a very real difference. If you have the ability to build your own PC, this may be the cheaper way to go. Make sure you buy with quality in mind though. Very often a newly built PC can suffer from compatibility issues right out of the gate. That’s not to say that Apple doesn’t have their fair share of problems (cooking an egg on the back of your MacBook for example), but a well-built PC with quality components inside can be a very effective tool for your music production. Combine this with a hard drive array and watch your workflow will blossom. Some of the best array’s work with both PC and Mac, and utilize the new Thunderbolt technology.

While you may have to pony up some money for dongles and cables, because the iMac only has 4 slots for USB, it also comes with 2 additional Thunderbolt 3 ports making it a bit more worth the money considering buying just one Thunderbolt 3 dock for a PC can cost $250 to $300 US.  RAM is also a very big consideration when looking at the PC vs. Mac for music production. 16 GB of RAM should be more than enough to run your software, but if you’re using sample-based instruments with plug-ins and a large library you should consider about 32GB of RAM. The iMac offers a 32 GB version, which will completely serve this purpose. 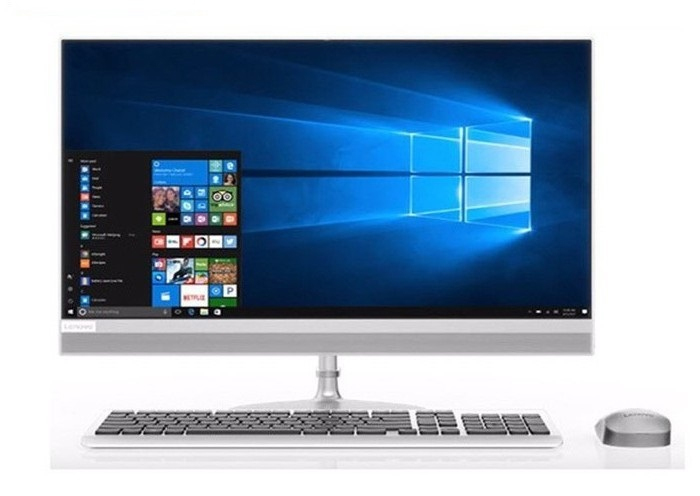 So, as we swim back towards the safety of the shallow end, let’s discuss some of the drawbacks to both systems.

Music Production with a PC

The PC for music production suffers from a few things like sound bleed from the fans and compatibility issues, but those are all relatively simple to fix. The biggest problem for the PC is upgrade. Now we know what you’re going to say here “but the PC can be upgraded countless times!” which is true, but think about the cost of upgrading your system every year. On average, to replace memory sticks, you’re looking at about $100 to $800, to replace an SSD hard drive it can cost between $110 to $700 US. Upgrading to a motherboard with the new Thunderbolt 3 and an Intel i9 CPU is going to run well over $2000.

Also not to be out done is the video card. Those have come down in price in recent years, but for a good quality card these days, you can pick one up for about $100. However, the wrong card can bottleneck your system and destroy your workflow. Expect to spend a few hundred dollars on a decent card. At those price points, you can see that the upgrade tree for the PC can be an expensive endeavor. All of that is also before you begin to get into any compatibility issue you might end up with.

Making Music with a Mac

The Mac has obvious drawbacks in terms of out of the box cost, but its’ biggest problem is being able to upgrade. The iMac is really just a thin computer strapped to the back of a monitor and although this is great for keeping your workspace tidy, it’s not so great for adding components like a new video card or hard drive. You’re pretty much stuck with what you have until you decide to go out and get some add-on devices for storage, but that will take up another USB slot on your already scant computer. Of course we can’t forget that should anything ever go wrong with your monitor your entire computer is pretty much useless. One would be forgiven for thinking that kind of design flaw would’ve surely been removed with the combo TV-DVD players that now sit in the dustbin of history. 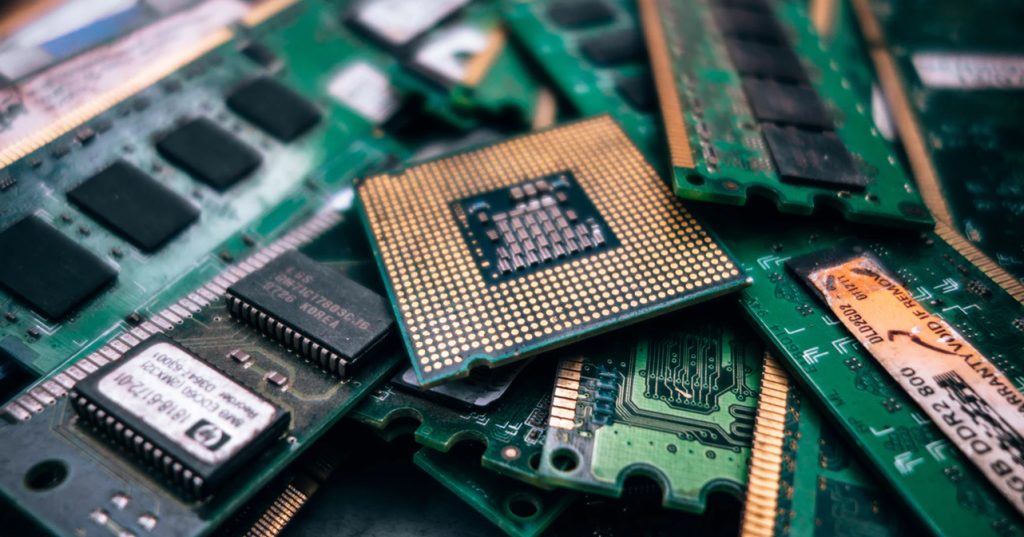 Ending the Mac vs. PC for Making Music Debate

In the end, the range of software available for music production is both large and well-defined. Most companies today make them compatible with both PC and Mac. We have tried to be impartial in this discussion without going too far into the deep end with specs, drivers and hardware devices that will be connected to these computers for music production, but simply give you an overview of their capabilities and flaws.