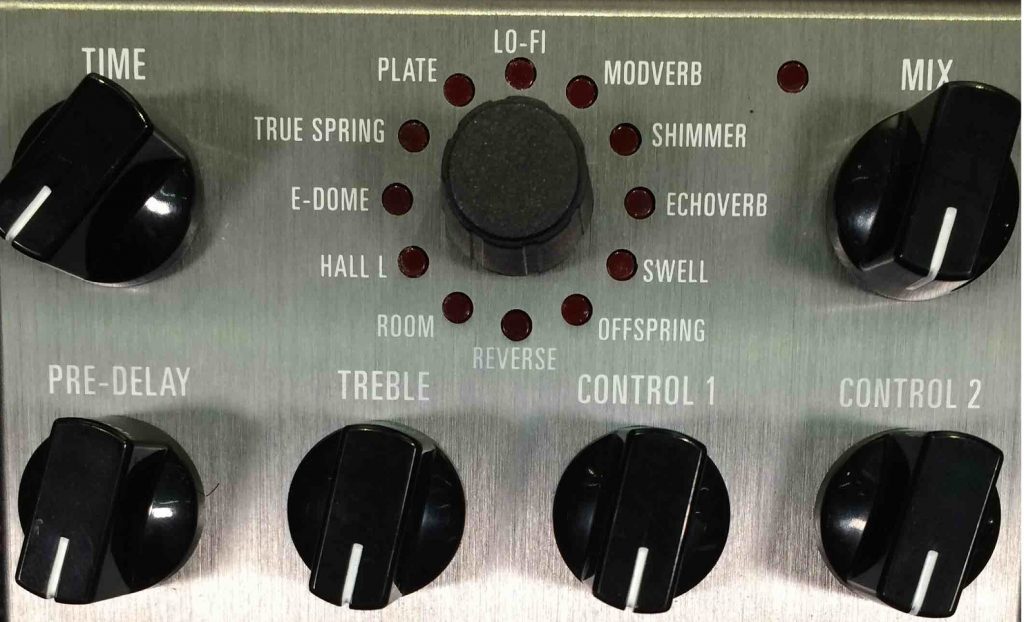 What’s music without reverb effects? Nowadays, what’s a home studio or even pro setup with more than one reverb FX plugins at our fingertips? We’ll admit, there are times when we have to force ourselves not to overdo reverb on a lot of our tracks. There’s just something about that feel and sound we can’t get out of our hands. It can make or a break a track, whether it’s in your vocals, guitar, piano, or even a little bit on your drums if the vibes are calling for it. Today we asked some of our musician friends and did a lot of research to compile a list of the best reverb plugins available today. But first, let’s brush up a bit on our knowledge.

Categorized as a time based effect, reverb is arguably one of the most commonly utilized mixing effects. Prior to digital trends, reverb would be recorded in physical rooms popularly referred to as echo chambers. A microphone would be used to record the natural echo that would come about after a signal is fed into the room’s open space. With time, technology slowly revolutionized reverb leading up to the development of synthetic kinds such as plates and springs.

What is Reverb Effects (FX)?

Just like all VST effects plug-in software, we’re trying to recreate an effect that’s possible in person, somewhere in the world, with some types of material and a particular environment. In layman’s terms, reverb is the creation of a complex echo after sounds get in contact with a hard surface and are later reflected back at different amplitudes and times. Ideally, the resultant echo holds vital data about the physical space in which the reflecting has taken place. The respective effects as well as pedals are thereafter used to exaggerate or simulate naturally occurring reverberations.

The earliest forms of reverb can be traced back to the early 50’s, i.e. plate and spring reverbs. The former is whereby musical professionals would use audio signals to vibrate a 4 x 8 inches metal plate and contact microphones, strategically placed on the plate, would record the mixed vibrations. This way, mixers would be able to create valid simulations of echo rooms. Then came the ‘spring reverb‘ which was a standard feature of the 60’s guitar amps. Audio signals emanating from a transducer would be sent down a coiled spring made from metal with the resultant vibration and diffused signal forming the required effect.

Combined, these four parameters define the difference between the multiple menu options that are made available in multi-reverb effects including, but not limited to, plate, cathedral, room, spring, hall, and gate. Some of these reverb effects plug-ins however get even crazier, and provide you with actual sounds of rooms (like our first listed, Altiverb). With that in mind, below is a list of the best reverb FX plug-ins available in the current market. Of course, always be sure to check out the demo sounds to get a feel for the plugin first, or at least most of these brands have trials for you to use them first.

Altiverb 7 is among the best reverb VSTs for both Windows and Mac OS X platforms if money isn’t a thing for you. We love what this brings and when we first heard about it, had our minds blown considering we didn’t think it was even possible to have different ‘rooms’ and ‘settings’ as reverb choiecs. For example, it boasts of a wide variety of solid quality samples of actual spaces including churches, particular studios, bathrooms, old-school streets, or even crazy ideas like a Jumbo Jet, the Wembley Stadium, ancient caves and the highly acclaimed Sydney Opera! During its creation, Audio Ease took it upon itself to ensure that it records ideal acoustics by using some of the best and most reputable sounding spaces in the globe; a process that helped Altiverb accrue some of the best reverbs known to man.

Flexibility is another one of its primary traits as it features numerous parameters that can be used to tweak the reverb however best one feels. In fact, with the music gate, one can alter a tune’s tempo and other parameters merely using the note values. Reverbs can also be reversed. Other possible tweaks include chaotic modulation, brightness, and pre-delay. To further sweeten the deal, Altiverb features a good number of classic reverb gear in addition to its echo chambers which have been built purposely for articulate reverbs. Users are allowed access to several spring reverbs, EMT plates, as well as all classic digital gear such as the EMT 240 and the AMS RMX 16. These added to the Beach Boys as well as the Frank Sinatra echo chambers makes for a complete gear set and why the Audio Ease Altiverb is so expensive,  yet one of the best reverb FX plugins in the market right now and will be for a while in our opinion. 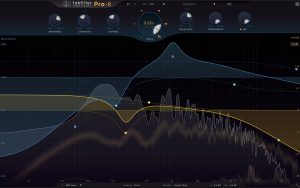 FabFilter’s Pro-R brings us down to Earth a bit when it comes to price, and thankfully they also have a 30-day trial for us. It qualifies as one of the best reverb FX VSTs on account of its highly impressive open-sounding and highly customizable nature. Its controls are reflective of the plug-in’s intuitive design and optimal musicality. This is evidenced by its extensive range of parameters which include character, distance, and brightness. Not only are they highly effective but also quite easy to use which makes the Pro-R less technical than most modern reverb VST models. What’s more, it features a 6-band post-EQ that is integrated to ensure that users can sonically edit the reverbs and get our own feel for them if we’re in the mood. 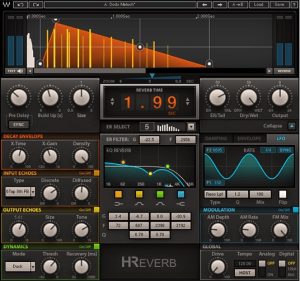 Similarly to the Pro-R, the key trait of the Waves H-Reverb is its customization, and is a bit more advanced for those who want to sit down and invest some time into learning the ins and outs for a lot of power at your fingertips if you can master it. It successfully incorporates classic reverb concepts and integrates them with technologically advanced tenets of digital reverb processing. This allows users to reach some great creativity levels when creating their sounds, thus, making this one of the best reverb VSTs for those it may pertain to. Also, it has something called an ‘Infinite Impulse Response’ which provides us deep and rich decays that combine well with any mix for crisp articulations. 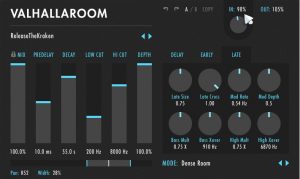 Valhalla Room is super cheap, effective and known for its ambiance and cool effects. Being an industry legend, this virtual instrument boasts of natural sounding articulations and lush sounds. It’s a favorite among composers especially for symphonies as well as orchestras and has been used in multiple high-end films due to its realistic sounds. Ideally, it is one of the best reverb effects plugins for larger, open spaces. 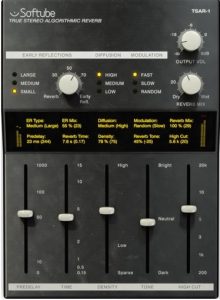 Softube hit the homerun with this plug-in given its lush and realistic sounding articulations for all manner of settings. It’s a reliable pick for all instruments, a feature that goes a long way in making it one of the best reverb FX VSTs and we love the analog feel of this one. What’s more, it is easy to use which makes it ideal for both novices and expert composers. This is made possible largely by the system’s simple interface that is not as cluttered as most reverb VSTs out there — just some simple settings to get the job done. With the Softube TSAR-1, users don’t need to agonize over nitty gritty details. 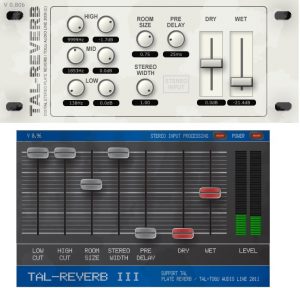 This stereo plate reverb is an upgrade of the TAL-Reverbs I and are arguably one of the best reverb effects VST models given its heightened usability and improved sounds. Compared to its predecessor, the TAL-II features a stereo input and an additional subtractive equalizer, with every control having a distinct label to show its exact value. Other notable features include a total of 10 presets, pre-delay of 1 second, stereo width control, and a lush plate reverb sound. There’s a third version available with a bit of a different sound you should always listen to to see if it piques your interest. Just a few of the best reverb FX plugins due to their effectiveness and our most important facet — how it sounds. Check out that demo to see what we’re talking about.

Waves Abbey Road reverb is the result of intense modeling of 4 modified EMT140 plates. It features harmonic distortions, output amps and pickups, all of which have made this a favorite among reputable music producers. This is arguably one of the best reverb VST software as it has been featured in some of the top albums of all time including some by top-shelf musicians such as Pink Floyd and the legendary Beatles. Each of its four plates has been held strategically in place to ensure that they come up with different sounds. For example, Plate A is designed to sound expansive while Plate B produces a tighter sound. On the other hand, Plate C sounds brighter while D is more like A but with a smoother tone.

What makes the Valhalla Vintage Verb one of the best reverb FX plug-ins of today? It is quite simple: the system is easy to edit and produces good quality sounds. We’ve been absolutely obsessed with this plug-in as of late and have used it on our past 4-5 tracks. We just love the warm and analog sound of this. Particularly, its reverb algorithm stands out as it leaves out the plastic sounds that are commonly featured in modern algo-verbs.

What’s more, its user interface is not cluttered which makes it easier for individuals to sift through the various controls and edits. There are tons of presets to choose from. In essence, the Valhalla Vintage Verb has high tweakability and is known for its lush, warm and genuine sounds.

OrillRiver also makes it to the list as the best reverb effects plug-in, albeit last, due to its transparent sounds and low CPU usage which makes it one of the best reverb VST options when it comes to convenience. However, most critics say that there are certain improvements that would make this plug-in even better. Top of the list is amping its diffusion which currently seems more subtle. Modulation should also be added and especially LFOs which will go well with its L/R channels. Lastly, the ER levels should also be boosted by at least +6 dB.