Our adventures in investigating the large world of virtual instruments doesn’t stop, and today we’ve gathered quite a few of our favorite drums VST to recommend our readers. The days of drum machines are unfortunately dwindling fast (well, for some at least — we still have ours!). And for many with home studios, grabbing an actual drum set and setting up a professional microphone system to capture the sounds optimally isn’t the easiest thing to do in the world. Therefore, the advancements of virtual instruments, especially in the drums category is where it’s at. If you do want some free plugins, check out our free drum VST article. Otherwise, let’s get into our favorite picks of the best drums virtual instrument plugins in the market today. 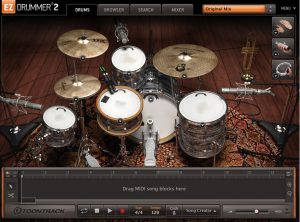 To start off our list here today, EZdrummer 2 has been designed specifically to strictly the creation of drum tracks. Being one of the best drum VST plugins out right in our opinion, it features a total of 5 complete kits and a number of extra instrument choices. All these sounds have been broadly categorized into two distinct libraries; one ‘Vintage’ and one ‘Modern’ setup. The ‘Vintage’ library comprises of some nice old-school sounds such as Ludwig kits that were recorded using the REDD 51 drum set. On the other hand, the ‘Modern’ library constitutes of a variety of drum selections from Ludwig, Tama, Brady, Yamaha, and Gretsch, all of which were recorded using the Neve 88R console.

As for the presets, EZdrummer by Toontrack has a set effect chain presets and unique mixers for the vintage as well as modern setups. Its effect engine is centered on the wide array of effects that are featured in their EXmix 2 by Toontrack. Both libraries include a number of setting including reverb, EQs, delay, and compressors. All in all the total package to be the best drums virtual instrument, and we highly recommend this to many. 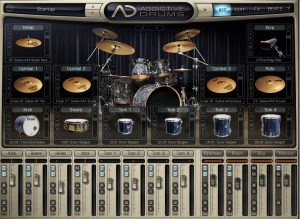 From Pop to Rock, Electronic, Indie, and Jazz, Addictive Drums 2 has the right system to inspire your musical creations. Out the box, this virtual instrument features three distinct drum kits two of which are XLN Audio’s highly acclaimed Fairfax kits. There are 130 presets included in the package ranging from radio-ready, highly polished, distorted, and super-clean. What’s more, their ‘Core MIDI Library’ has in excess of 5,000 highly motivating grooves as well as beats to help you create whatever style fits you the most.

More importantly, this drum virtual instrument is designed to create clear and open drum sounds with a plethora of sound-shaping options. Combined, these features go a long way in making XLN Addictive Drums 2 one of the best drum VST models in the current market in our opinion. 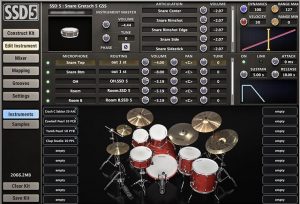 The beloved SSD 5 dates back to 2014 when Chris Tyrell, lead drummer for popular band Lady Antebellum, recorded various drum sounds in Blackbird’s classic A and D rooms. The recorded sounds were added on to the previously established ‘Trigger’ and ‘Steven Slate Drums Virtual Instrument’. To this end, the reason why it is regarded as one of the best drum virtual instruments is due to its extensive libraries that contain a wide range of classic drum kits that have dominated the drum scene for the past 5 decades.

Generally, the package includes 4 SSD only crashes, 6 Kick Drum samples, 7 Tom sets, 2 SSD only Hi-Hats, 10 snare samples and a single SSD ride. As usual, Steven Slate got it absolutely right with this expansion in the Drums 5 Blackbird. 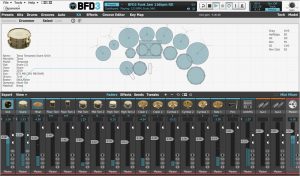 Just as the name suggests, FXpansion BFD3 is an upgrade of their original virtual drum system. A lot of reviews identify this version as highly impressive given its numerous pros as opposed to its cons. Some of the primary advantages of using this set are the fact that it is highly editable, offers solid editable performance, a ‘Groove Editor’ which contains rudiments, and great dynamics, EQ and effects. More importantly, it’s kits have been structured to sound very realistic allowing users to come up with powerful, live-sounding articulations.

Also, the BFD3 features modeling of resonance or swells. On the flipside, this VST falls short of being the very best drum virtual instrument simply due to the lack of audio triggering. Otherwise if that’s something you don’t need, we’re fine here. Compared to the BFD2, the BFD3 is leaner and comprises of an additional 5 drum kits making it a total of 118. 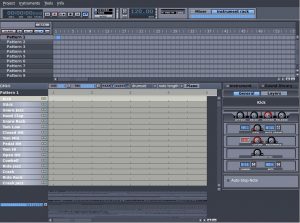 In as far as free drum VSTs are concerned, Hydrogen is somewhere at the top of the list given that it is one of the best drumming virtual instruments of today as an entire drum machine. This powerful virtual machine is an open source kind of software that is available on all major platforms including Windows, Mac, and Linux and the software is entirely based on an Intel platform. One of its primary features is its solid GUI which is contains all essential elements and is quite simple to use.

It has a total of four windows with ‘Pattern Editor, ‘Mixer, ‘Pattern Editor’, and ‘Song Editor’. More important, it contains no frills. Hydrogen‘s samples are even more impressive as they are designed to help users create solid drum articulations, all with no cost. This is more than a VST but definitely worth recommending to you all. 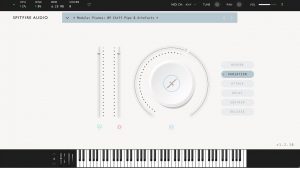 Spitfire LABS has been on the forefront of sound production ever since the 70’s. With the Spitfire LABS ‘Everything’ drum kits, users get access and choices to every Spitfire product ever released. To a great extent, this plugin qualifies as one of the best drum virtual instruments due to its vast collection of inspiring sounds. Not to mention it’s completely free! It features at the very least 2.5 terabytes of powerful sounds developed by some of the best composers in the globe as well as creative tweaking tools. However, its system requirements are quite discouraging for most users.

The system has to run on a Kontakt platform and requires 5355 GB of disk space for installation purposes. What’s more, its download size is also quite big with up to 3511.5 GB of downloadable content. Some of the samples featured include Albion II Iceni, BT Phobos, the British Drama Toolkit, Edna Earth, and the Aluphone. 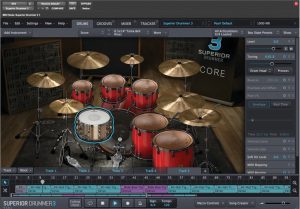 Superior Drummer 3 VST is another one of the best drum VSTs developed by this music sound powerhouse, Toontrack. It’s superiority over modern drum plugins is attributed to its gigantic library that features raw sounds, streamlined workflow, and impressive design. Combined, these features make it possible for music enthusiasts to create and control a wide range of sound options. Flexibility is a key trait of this plugin as its package include up to 35 sound processing effects, 7 kits, 16 kits, 25 snares, and 230 GB worth of raw drum samples.

What makes the MT Power Drum Kit 2 another solid choice? It is basically well known for its high quality, realistic, and powerful acoustic drum sounds. These kits are best suited for metal, pop and rock productions. Also, it allows for heightened flexibility as users can choose from several assorted rhythms that have been included in the ‘Groove Library’.

It also has a number of innovative functions including reliable hi-hat cymbals, crash, and ride that are useful in all velocities. Another one of our favorite picks as the best drums virtual instrument here, albeit pretty standard when compared to the others.

As detailed in its slogan, the Tony Coleman Drums are more than mere beats. With this drums VST, one can easily add drumming magic to their creations without the need for an actual drum set. This particular plugin is ranked among the best drum virtual instruments ever made largely due to its enhanced flexibility. One is in a position to adapt drum strikes to all projects by means of the VST’s powerful mixer and editing capabilities.

All it takes is for users to adjust the EQ, filter, pitch or envelope. Moreover, SONiVOX Tony Coleman has a more contemporary feel which makes it perfectly suited for new-age studio setups or those wanting that particular sound.

The DM-307 by Heavyocity comprises of a stylized troupe of live percussion, analog drum machines, and modular synth drums. It’s extensive library is made up of 1500 presets and 3600 sounds, all tailored to allow users come up with good quality hip-hop, electronic, cinematic, or industrial articulations. Additionally, there are 300 signature multis, thus, making it possible for users to utilize numerous tweaks to sharpen their beats.

Noteworthy, the DM-307 includes 8 patterns with the ability to be programmed, 5 voice drum machines, and 3 effects levels. With all these unique features and up to 180 Groove presets, it is easy to see why this plugin is ranked among the best drum VSTs or today.

The decades old art of drum synthesis and sampling has gone through intense transformation over the years with music enthusiasts in pursuit of sound perfection. Traditionally, the use of these plugins was synonymous with electronic sounds. However, a series of gradual enhancements have seen these virtual instruments get immersed in all genres in the music industry. As such, electronic drumming has become an integral part of music production with producers and as well as DJ’s from pop and electronic music using this tool. Ideally, the goal is to cut down costs by using by using these electronic VSTs in place of a human drummer.

Their use has become so rampant that traditional drum systems are no longer as common as they once were. Most individuals prefer using the modern drum machines given that they are cheaper and much more convenient. What’s more, the current market offers an extensive variety of drum software. From virtual studio acoustic drum kits to samplers, all-in-one plugins, iconic vintage instruments, and step sequencers. As such, above is a list of the best drum VST models of today we hope has helped you pick one (or three!) that best suits you and your style.