As we’re vloggers ourselves, finding the right software to edit and finalize your beautiful your vlog is essential. Fortunately for many, there are tons of free video software out there to use to quickly rearrange a few clips, add some music and publish into the world. Once you’ve actually purchased all of your vlogging equipment, you can do nothing without at least some type of program to put it all together. But also for those of us who take this a bit more seriously, there are software picks in the middle of professional and free, while there are poorhouses out there to really take your vlogs to the next level. We found a bit of each to include in our list below to give you some help in your vlogging software search. 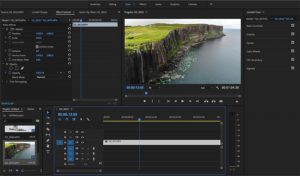 Up first, Adobe Premiere Pro is arguably the best vlogging software or really video editing tool in general of all time, so we have to list this one first for you to keep in mind. There are tons of video tutorials, articles and even free trial for you to check out if you have the patience to give it first. With both 4k and 8k support, added to its plethora of highly convenient features, this vlogging software is considered to be an industry standard. Among its prime attributes is its integration with the ‘Creative Cloud’ on Adobe’s platform. This allows users to combine functionalities from other Adobe software including Photoshop as well as Light-room. In fact, this video editor is included in the Adobe CC package.

It would be tough to try to round up and explain this all in a few paragraphs. Essentially this thing is an investment — if you’ve never used it, you’ll have to really sit down and take the time. However, understanding the basic features to do some simple editing of your vlog will be easy and probably honestly only take you a few hours. It is a professional grade editing aid which comes fully equipped with pre-determined work spaces and a customizable modular UI.

What’s more, the Adobe Premiere Pro allows for enhanced grading and slicing of video footage using its Lumetri color. Users can also align multiple audio tracks simultaneously using its pre-installed transitions as well as audio effects. More importantly, this editing tool is compatible with both MacOS and Windows platforms. As a whole, its advanced abilities make this an ideal pick for both experienced and novice vloggers as a great software editing tool. 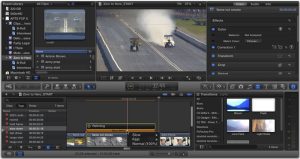 Final Cut Pro is another powerhouse and close competitor to Premiere, and of course ranked as one of the best vlogging software especially for Apple users. It packs several high-grade attributes including in-app color grading, 360 degrees video support, HDR, and multi-camera editing abilities. It comes with a UI designed for dense videos and is relatively easy to use compared to other vlogging software options out there.

However, it is limited to MacOS. Vloggers are therefore required to find a highly efficient Apple machine from which to operate this software. In addition to this, optimal functionality can only be achieved if plugins are installed accordingly. A lot of people feel that the image-heavy UI and timeline leave experienced video editors at a disadvantage. The fact is that Final Cut Pro is designed for new vloggers who have invested heavily in Apple gadgets and would like to utilize a more advanced alternative to their free alternative iMovie. 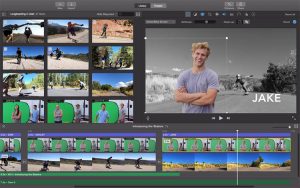 For years, iMovie has been the go-to video editing tool for Apple users who aren’t into crazy or fancy software. Using this tool, one can go about editing their videos in a number of ways including picture in picture edits, affixing animations to the clips, fixing texts or including voice overs. What’s more, its straightforward interface makes iMovie a very user-friendly video editing tool. In other words, almost anyone can utilize this software despite their vlogging experience, or lack thereof.

This software allows users to directly upload their content to various vlogging platforms including Facebook, Vimeo and YouTube, hence, making it easy for one to share their finished content online. What’s more, it includes a good number of preset animations that make it more convenient to include them in one’s videos. Despite its convenience, this video editing software only offers simple editing abilities, thus, making it a less ideal pick for professional vloggers or those who really want to invest their time in understanding a useful software for the future. Nonetheless, it remains to be one of the best vlogging software of today, especially if you just to whip up a few clips and add some sounds. 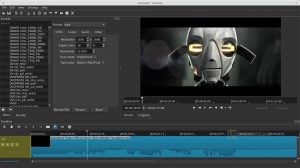 Do not let its simple wording fool you; Shotcut is one of the most complex, yet effective software for vlogging today. It will take amateur users a long while to get accustomed to this powerful tool, but the wait will be worth it! It is rich in features, includes a cross platform, and is quite flexible. More importantly, it is one of the few editing tools that are usable on all platforms i.e. MacOS, Widows, and Linux, which to us is always plus especially when we’re aiming towards our readers with different OS preferences. It includes several dockable panels that allows for convenient navigation through recent files, filter panel, jobs queue, file details, thumbnail view for playlists, and a history panel.

What’s more, using this tool one can easily choose between light-gray, dark, or light skin textures. In addition to MPEG4, and MOV, this software also supports other rarely used formats such as zmbv. This flexibility is extended to other aspects of the software which make it more ideal for professional editors. Other video features include color grading as well as correction for mids, shadows, plus highlights, filters, blend modes, speed effects, multiple transitions, and compositing of tracks. When it comes to audio, the software features waveforms, audio filters, volume control, track mixing, and a peak meter. Just an overall great pick as the best software for vlogs since it’s free. 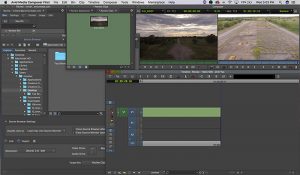 Avid Media Composer is arguably the most complicated professional grade editing tool in this list. It is an all-encompassing software for vlogging that includes all the tools that one might need for both private and mainstream video editing purposes. Even so, it still falls short of perfection with specific regards to its ease of use. This tool is immensely complicated and should only be utilized by advanced users.

Nonetheless, its wide variety of effects makes this one of the best software for vlogging. It includes all the video editing abilities that you could possibly need, from key framing, time warping, stereoscopic editing, color correction to Chroma keying. What might seem as a blessing to some is a major drawback to many. This long list of effects makes it impossible for prosumers to utilize this tool without extensive training and practice. Purchasing this tool without proper research beforehand would be a complete waste of your hard earned money. Make sure to invest quality time as well as money to learn the ins and outs of utilizing this professional-grade tool before cashing in on it.

Among its most standout attributes is the ‘Cloud-Based Composer’. This feature allows users to edit their video content remotely using cloud coverage. As such, one does not necessarily have to be physically present at their studios in order to spruce up their videos. Avid Media Composer is one of the few vlogging software with this extremely rare feature. What’s more, this advanced tool goes hand in hand with virtually all video as well as audio formats. Therefore, one is not limited whatsoever when recording their videos and can really take a step up if you get into the formatting arena of vlog editing.

With all these features, it is easy to see why Avid Media Composer is ranked among the best software for vlogging. It is arguably one of the most powerful video editing tools made available to modern vloggers and film makers alike. 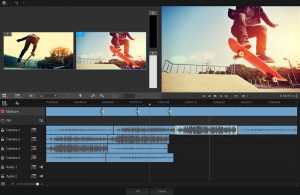 Pinnacle Studio has been around for absolute years, and also makes it to this list largely due to its professional grade editing abilities. Although limited to Windows users, this tool qualifies as one of the best software for vlogging due to its highly professional attributes that are included in its complex settings. Among its standout features is its solid video editing abilities with 4K support in addition to multiple visual effects. Also embedded in this software are noise cancellation and audio enhancement tools that ensure your video content also has high quality audio. What’s more, Pinnacle Studio also allows users to come up with 3D videos.

On the flipside, the interface is known to be pretty complicated. Novices and amateur vloggers tend to find it hard to operate Pinnacle Studio but with a little time investment you should be fine — make sure to watch some tutorial videos if you need to. A lot of time is needed to accustom oneself to this software. Nonetheless, it offers immense video editing capabilities that are guaranteed to keep you audience coming back for more. 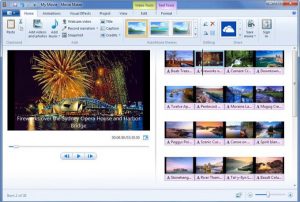 There has always been a deep rivalry between Windows and MacOS, and we remember using Windows Movie Maker literally almost 20 years ago. This rivalry extends to the vlogging industry as Windows Movie Maker continues to favorably compete with iMovie by Mac. The former has been included in all windows platforms since XP, but it was not until 2012 that it was finally made part of Windows Essentials. However, it is quite similar to its competitor (iMovie) in terms of functionality as it is limited to some of the most basic functions as it comes with the operating system itself and is totally free.

Its speed ranges from 64X to a minimum speed of 0.125X, in addition to including various visual effects such as preset animations. One of its standout features include the ability to use a webcam directly with this app as well as direct content uploads  to vlogging platforms such as Flickr, Vimeo, and One Drive. Its ease of use makes Windows Movie Maker one of the best vlogging software for beginners and caps off our guide with a strong finish.

On January 2nd, 2000, Kontras Adam posted a short video where he is seen sneaking a stray cat into a building. This 15-second clip surprisingly made rounds on the internet and eventually gave birth to what is popularly referred to as vlogging. More people followed suit as this concept rapidly grew in popularity. Today, over 2,000 vlogs are uploaded daily to various platforms including Vimeo, Daily Motion, Flickr, IGTV, and YouTube.

Vloggers rely on edited clips to grow their web portal’s organic traffic given that videos have become an integral part of establishing online presence. However, this is an intricate art that requires one to utilize various editing aids to come up with neatly polished video content. Choosing the right software for this purpose can be a daunting task largely due to the wide array of options currently available online. These software vary in a number of ways- ease of use, paid subscriptions, learning curves, and specifications. All these factors considered, above is a list of the best vlogging software to help you make the right choice.