The moment we decided to sit down and learn FX plugins was when our music really started to get to the next level. Nowadays, VST software can get pretty expensive, especially if you’re looking at some of the more popular instruments and effects bundles and packages out there. However to our advantage, the internet is a vast place, and there are some amazing effects plugins offered for free right at our fingertips. It took a bit of time to organize all of this but to us it was well worth the effort to help compile a list of the best free FX plugins in the world right now (we were even able to find some new effects VST for ourselves that we’ve been using lately).

We’ve organized the best FX plugins by ‘category’, and if you’re unaware of what some of them are, never fear. We recommend going through at least every category to see if there is something you can add to your repertoire (our guide on different FX VST can also help). If you’re starting from scratch, we recommend messing around with some of the stock effects plugins in your DAW, or perhaps get going with some simple reverb or delay.

We do want to express the phrase we’ve always followed, “you can never have too many effects or instruments”. However, the more we do this type of stuff and the better we become at making music, the more we also want to recommend that there is such thing as feeling overwhelmed with how many options you have. We recommend sticking with just a few in order to really learn the ins and outs before moving on to gathering more. Some may be able to relate, others just download away. Do your thing! 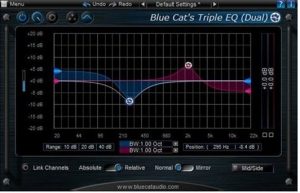 This filter’s shapeability and ease of use make it one of best free EQ effects in ours and many around the net’s opinion. Being a Triple EQ platform, it features 3 bands fitted into a semi-parametric system. Ideally, this is to mean that all 3 bands can be controlled as a single unit. Some of its other primary attributes include zero latency, a bandwidth range of -+40dB, a dual mode, and shape control for the on-graph filter. 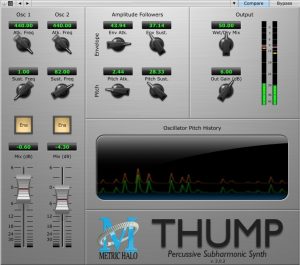 Thump is utilized in synthesizing low frequency audio signals in a bid to entirely transform the sound or incorporate low end into the track. Using this virtual instrument, users can increase a drum’s low end, produce synthetic drones, or bass augmentation. Combined, these capabilities make this percussive sub harmonic synth a good one.

Kuassa has done it yet again with the Baxandall Simulation Equalizer, simply known as basiQ. This 3-band equalizer FX is reputed for its natural sounding reverberations and smooth flowing shelves. However, it is considered to be one of the best free FX plug-ins largely due to its ease of use. It is equipped with straightforward controls that make it ideal for mastering and mixing tracks — straight to the point. 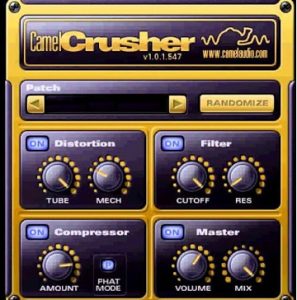 Modeled from the CamelPhat, CamelCrusher is known for its versatility. It comes fully equipped with two unique distortion algorithms and multiple effects that accord users a wide variety of mixing options for optimal results. All the cool kids use CamelCrusher at least here and there for some heaters. 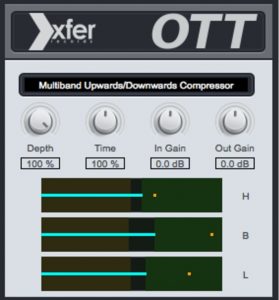 Xfer’s OTT was recreated from a multi-band downwards and upwards compressor setting that is more common among electro and dub step creators. It’s depth control effectively limits the amount of compression while time control monitors the bands’ release and attack times.

Available in AU, AAX, and VST formats, TAN is out rightly ranked among the best free effects VST. Thanks to its wide-ranging convulsion technology, this plug-in is ideal for analogue modeling. Also, its wet/dry control allows for parallel compression while ‘Shape Modulation Control’ (ShMod) is used to control its attack curve.

Magnus Ambience ably rivals the best free FX plugins as well as the commercial models. To a great extent, this reputation stems from its unique collection of presets. All you need to do is download the plug-in, put it on master, select a pre-set, and leave the rest to Ambience!

The success of Hotto’s spring reverb emanates from its accurate emulation of physical modules in that it relies on specific algorithmic elements to solve partial differential equations, thus, making it one of the best free reverb effects software out there. Moreover, combining three distinct springs ensures that the dispersion produced is more or less similar to the real thing.

TAL Reverb II a lush and insanely diffuse reverb effect that is best suited for ambient sounds. Among the standout features that make this one worth checking out is it’s short build up time and extra signal feedback route.

TAL’s Dub series is a vintage style effect that is used for wide variety of delays. From utterly distorted to clean delay effects, TAL-Dub has it all. The most recent installment, TAL-Dub 3, features a no tape delay elution with the ability to produce a unique sound.

Freq Echo is the first plug-in by Valhalla and deservedly so, one of the best free FX VSTs of today. It has the ability to produce a wide range of sonic reverberations; from barberpole phasing to flanging, double tracking, and subtle chorusing. Other notable features include tempo control, mouse-over tips, and Windows plus OSX compatibility.

Here we have Spaceship Delay, which features 3 delay modes (stereo, single, ping pong) and a plethora of standard delay controls for optimum versatility. Also, its modulation monitors filter cutoffs and delay times while the attack control allows for ideal feeding of the delay line. 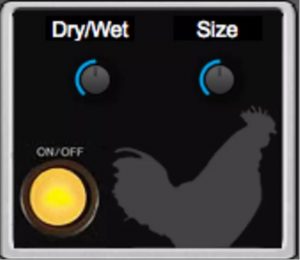 Fairly unique sound quality, ease of use, and a wide array of presets-these are some of the features that make this one of the best free FX plug-ins in the current market. It has been modeled after chorusing effects that were more common in the 80’s for that vintage sounding appeal. In specific, incoming signals are split into 4 different parts, flipped, and then delayed, for optimal sonic results. Moreover, for added width or sizeable stereo width, Dimension Expander can be applied to any of the incoming signals or tracks.

Multiply by Acon Digital is a chorus effect that processes simulated sounds using a phase randomizing filter in a bid to avoid ill-sounding comb filter effects. What’s more, this FX software can be used to broaden a spatial image, produce special sound effects, or simulate these effects for multiple tones played simultaneously.

Chorus by Blue Cat has the ability to simulate multiple voices while incorporating variable delays in-between these sounds. As such, it helps users produce a wide range of modulation effects. Other notable features that make this super popular include sine LFO shapes, mix control for both phase out and phase in, and a vintage single voice effect.

Another entrant to the list by Blue Cat, their Phaser VST, which goes to show the conglomerates strong hold on the freeware market. In specific, this VST is modeled after classic phaser circuits that operated using an analog system. It is regarded by many as one of the best free FX VST plugin since in combines analog processing with digital processing for optimum sonic results. Notably, it features a whopping 32 stages for its phases, thus, outperforming most virtual phaser models. 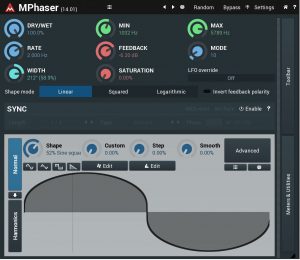 What makes the MPhaser worth looking into at least a download to add to your library for later? The answer lies in its GUI which is ranked as the most advanced. Its accelerated performance spares CPU power and offers users crisp graphics. It is also stylable in terms of style and colors, as well as resizable, not to mention giving us some nifty phasing. 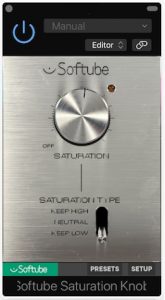 As the slogan goes, Softube’s Saturation Knob rules all others! It is ideal for fattening up bass as well as drums, and increasing one’s range of vocal harmonics. Also, it features 3 distinct modes which in turn allows for three different distortion characters.

With a standout phase distortion and richly endowed saturation stage, it is evident that Temper qualifies as one of the best free effects plug-ins. To add edge and warmth and intensify the mix’s clarity, the software utilizes variable saturation curves. What’s more, the tone’s intensity is driven using the feedback path.

IVGI and master buss are a perfect fit. With a subtle and extremely soft saturation, this plug-in’s reverberations blend in perfectly with master buss. Also, it ably produces dirty as well as dense distortion effects that spruce each of your tracks. Also, most reviews have compared its base sound to that of the SDRR. Cumulatively, this makes for one of the best free FX VSTs.

This dynamic analogue distortion was initially designed to serve as an amplifier (high-gain). However, Marauder’s versatility has made it the go-to distortion plug-in that effectively adds grit, heft, and wear. Being that this FX goes beyond basic wave shaping technologies to equally incorporate its four gain stages, it is able to offer solid quality performance. Most reviews have categorized LVC’s ClipShifter among the best free effects software largely due to the wide array of options it presents users with. Its user controls are sufficient enough to be utilized in all stages of mixing. Addition, the distortion’s clipping attributes can be changed from soft satu7rations, to brick-wall and hard style clipping.

This is an 11-band emulation of vintage TAL vocoders that were majorly used in the 80’s. Its success and ranking as the best free vocals effects plug-in is attributed to its components which are modeled using a combination of Short-Time Fast Fourier Transform (SFFT) and other digital algorithms and analog elements. 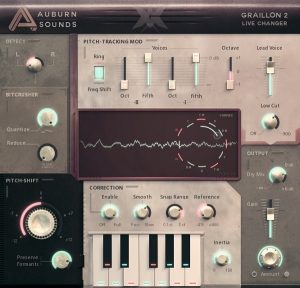 Described as a vocal live changer, the Graillon features pitch correction, pitch shifter, pitch-tracking modulation, and a Bitcrusher among other features. It significantly expands the horizon in as far as DAW capabilities are concerned, thus, qualifying as one of the best free FX VSTs.

Effect VST plugins, also known as VST FX, are some of the most exciting and entertaining elements of composing and mixing. Usually, they are used to process signals into more attractive forms. Noteworthy, these software do not produce audio but rather adjust, as well as transform, incoming audio signals. Even more exciting is the fact that some of these plug-ins are available for free.

Ideally, the freeware market has expanded significantly in the recent past which has in turn availed a wide array of quality plugins at not costs. However, choosing which ones to install and which ones to forgo can be a daunting task. But not to worry! This is a list of the best free FX plug-ins for each parameter that we hope can held your search. You definitely need to get acquainted with these solid workhorses, so don’t be afraid to download a lot of them and take a night or two to tinker around with them. Or just stash them away for a rainy day!