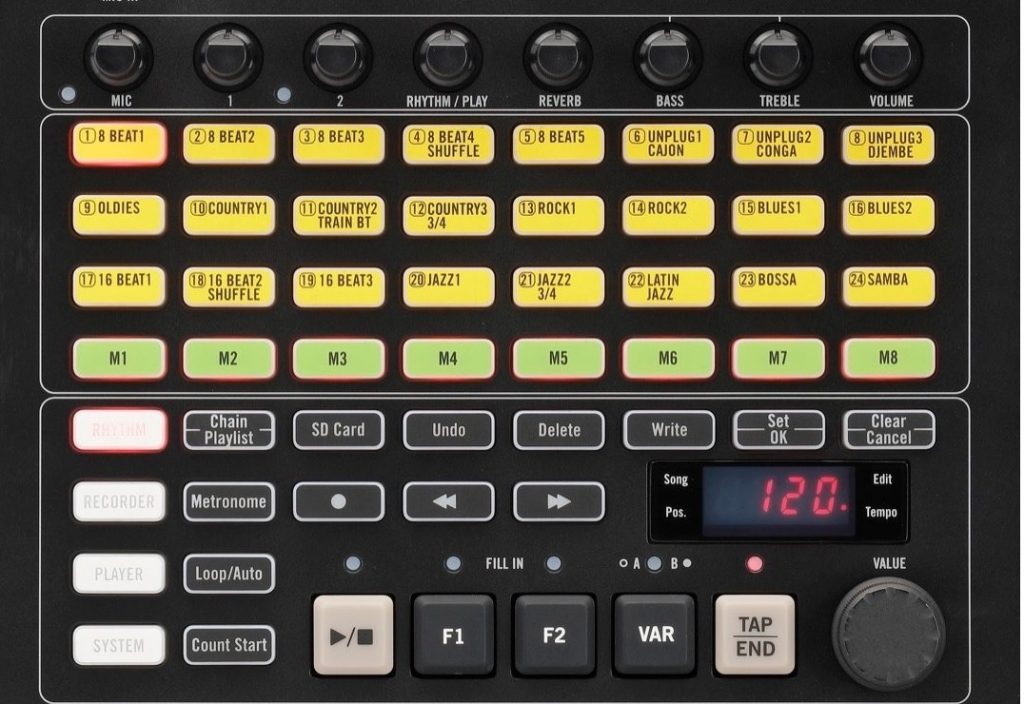 The best drum machines under $500 are going to give us a balance of a (relatively) affordable piece of analog gear while providing some nice step sequencing and sampling power. Yes, analog gear is still alive and well, despite all of the emulations we’re seeing these days! Many of these also come with some nice compatibility with digital setups so you can incorporate these drum machines into a more modern approach. Some are even standalone and don’t need a pesky computer.

Do note that we have a drum machines under $200 guide out there if you want to save some more money, but this $500 range is perfect for those wanting a step up into when these pieces of analog gear really get power and can do a lot of great things on their own. We tried to find a range of features, prices and overall feels to give you some options to help your search.

The Best Drum Machines Under $500 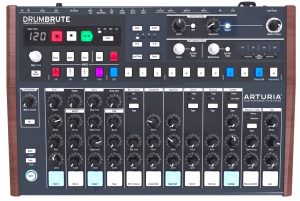 Arturia makes some amazing software but their gear is super high-quality as well, giving them a nice reputation in the ‘hybrid’ gear world. The DrumBrute has been around for quite some time now and is known by many to be a great package of all drum machine features deemed essential — control, power, and portability.

This is a great drum machine with seventeen analog drum sounds as well as some nice professional performance effects and at the same time it is very easy to use. The Arturia DrumBrute features sixty-four patterns with sixty-four steps each the most, two different kick drum sounds, pattern effects, different sync options and Steiner-Parker output filter. It comes with quite a number of controls, twelve audio outputs, headphone outputs and even a USB MIDI interface. 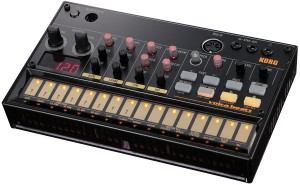 The Korg Volca Drum is another highly rated drum machine in this day and age, and we have here a digital percussion synthesizer and sequencer with unique sounds and great features for under $500. This drum machine generates all of its sounds digitally but still gives us a nice vintage feel and look.

It features a nice randomize function that can be used to randomize the part sequencer or the drum layers, sixteen step sequencer, wave guard oscillator which makes complex tones, six-part drum synth module that comes with two layers per part and each layer has three types of oscillators and three types of pitch modulator, choke function as well as sixteen level accent function. On top of that, it comes with sixteen multi touch keypads, six polyphony notes and sixteen patterns. 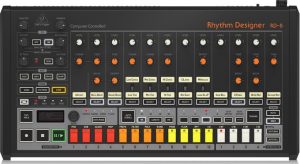 The RD-8 is an analog drum machine with sixteen keypads and is ideal for those of us into beat making. It features dual mode filter, sixty-four step sequencer, wave designer, pattern mode for chaining patterns and sixteen drum sounds. With this machine, a user can store up to sixteen songs and two hundred and fifty-six patterns.

The cool part about the Behringer RD-8 is that the patterns and songs can be imported and exported during playback with the capability of unlimited performance. It has one MIDI input and one output, USB port, built-in effects bus and eleven analog outputs with which a user is able to process sounds one by one. 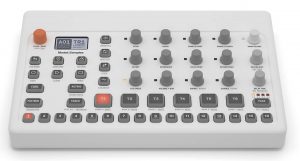 The Elektron Model: Sample is a groove box, sampler and sequencer with six track, huge sound, comes in a compact size and is amazingly less than $500. This machine features reverb and delay effects, six audio tracks each of which features one sample playback engine, one assignable LFO and a multimode filter and six velocity sensitive pads.

It has lots of controls, sixty-four megabyte of sample memory with one gigabyte of free storage. Huge reviews with this one and it’s meticulously designed power. 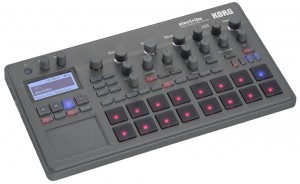 This one is convenient to carry around; we can power it on with either with an AC adapter or with batteries. For navigation and use, we have an LCD display and number of controls including four encoders alongside thirty-eight effects, sync ports, the ability to export patterns, and four hundred and nine PCM sounds.

Us users can store two hundred and fifty patterns and it has twenty-four modulation sequences for each pattern. The Korg Electribe is a small portable drum machine with sixteen velocity sensitive pads, but packs a pretty powerful punch as you can see. 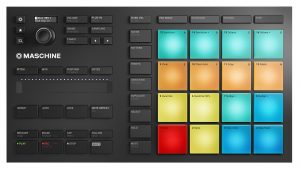 The Native Instruments Maschine Mikro MK3 is another portable drum machine full of features and tools, very affordable and all this for much less than $500. 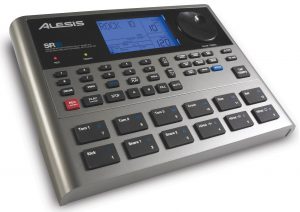 We remember playing with our dad’s Alesis drum machine in his bedroom in the late 80’s! Let’s get a flash from the past here. It features pattern play mode with which a user can control the use of different patterns, built-in compression, effects EQ and reverb, mute and solo control button, one hundred preset patterns and one hundred user patterns and more than five hundred percussion and fifty bass sounds. We also have a backlit LCD monitor screen, footswitch control, MIDI in and out and thirty-two polyphony notes.

The Alesis SR-18 is a portable drum machine with twelve velocity sensitive pads and a number of controls. We get nostalgia just looking at it.

The Korg Volca Beats ends our guide with a nice touch, and here we have a very small analog rhythm drum machine with convenient functions for way less than $500. It features 6 analog and 4 PCM parts that can be edited for personal sounds; so, a total of ten drum parts, it can save up to 8 patterns, built-in stutter effect and sync in and out. It has sixteen touch sensitive keypads and sixteen-step loop sequencer. Just another solid drum machine under $500 to throw at you before we leave.

The Best Drum Machines for $500 or Less

Drum machines are simply the electronic version of a musical instrument that not only create the sound of drum beats, but percussion sounds and patterns. In addition, they can come up with unique sounds. Most drum machines nowadays are so cool that users can program their own beats and rhythms by using the buttons or pads that come on the machine.