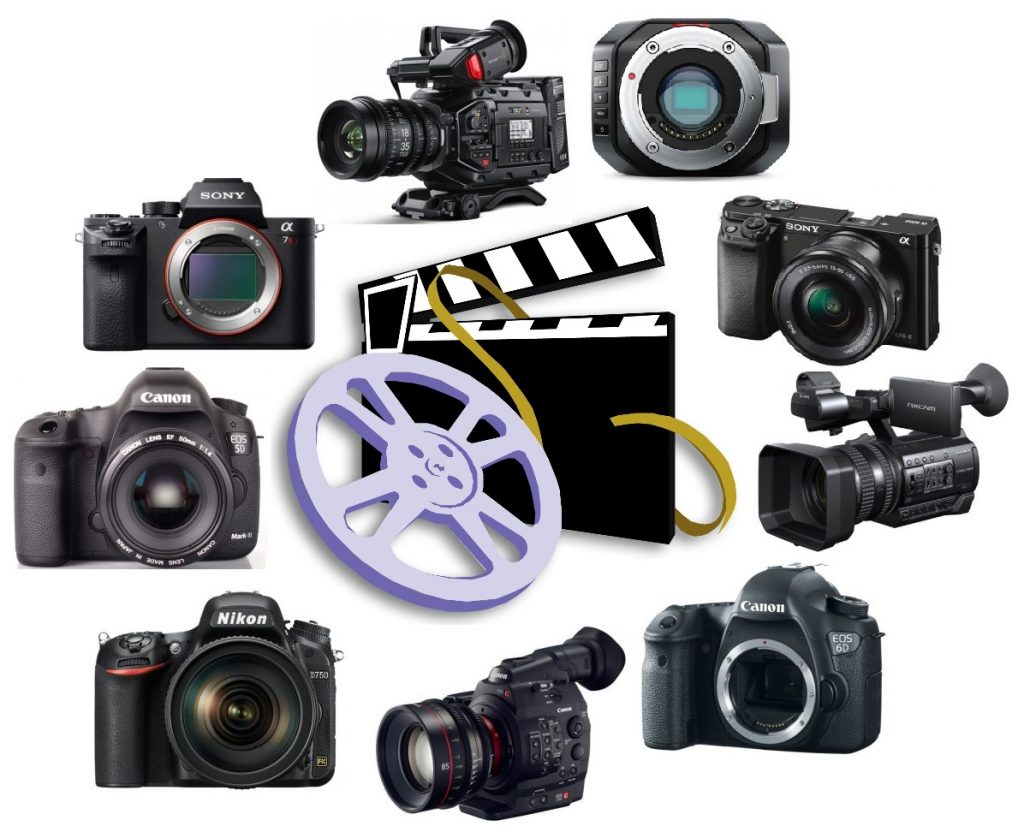 For those just starting out in their filmmaking adventures and career or those who want to upgrade their existing setup to further enhance the quality of their films, you’ve come to the right place. We live and breathe video cameras in general, so when it comes to different “uses” and “applications”, our guides have started to really pinpoint which models to buy depending on how you’ll use be taking them out in the field. We want to first disclose that ‘filmmaker cameras’ aren’t cheap, especially since this is essentially the step before Hollywood (if you even want to get there — we know many who could care less and prefer to do it on their own). Regardless, we’ve found a good mixture of the best filmmaking cameras below.

If you’re just starting out your filmmaking adventures, we’d like to at least sift through what it takes for a model to be considered our favorite “camera for filmmaking”. In our case today, we realize that not everyone will have a few thousand or so to invest in their camera. On the other hand, if you really want to make a film that’s worth being submitted to festivals or picked up by other big time players, you’re going to have to either save up or bite the bullet on dropping some decent cash on your camera — that’s unfortunately just how the game works.

For those already aware of the different video camera types, feel free to move on. However, for those of you still looking into what ‘type’ to buy, let’s review — we only recommend getting either a DSLR, mirrorless, or professional video camera. Not only just full-frame camera one of these types, but make sure it’s either a or something very close to that format. The reason being is one thing — quality. Don’t get us wrong, you can go with something a bit cheaper (which we list a few in here), but we are still adamant about saying in the high-end range. If you’re just starting out, it can be fine to buy a lower-end camera to begin with and upgrade later. However, you can always grab a very high-end filmmaking camera now for a learning curve to be set for years to come.

The Best Cameras for Filmmaking 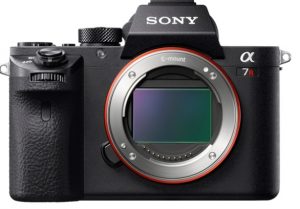 Let’s start off the list with the Sony a7R II. Here we have a comprehensive full-frame mirrorless camera that contains a fast-moving BIONZ X image processing engine, as well as advanced features that will generate some very high-resolution. The BIONZ X image processing engine is essentially going to maximize the quality of your images, enabling a cleaner and more natural looking video clip. Some of the more intelligent features that this camera comes with are its quicker autofocus (AF) response, inclusive AF converge, and its continuous shooting capabilities.

With that said, if you are looking to optimize your efficiency when it comes to your photography, it should be known that the a7R ii comes equipped with an advanced formula that make its predictive subject tracking even more precise for up to 5 fps shooting, making this one of the best cameras for filmmaking. The lenses are also interchangeable and will definitely cost some money. However, if you’re able to do so, this thing will get you on the right on track. The Sony a7R II is a high-tech camera that comes slightly more expensive than industry standard, but comes with enhanced features that justify it. 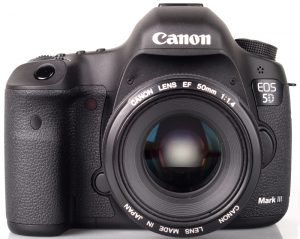 Next, we have a highly capable full-frame DSLR camera that offers enhanced high-tech features to stand out from the rest. The camera has an approximate 36 mm x 24 mm (35mm full-frame) image format, which is a standard format when it comes to cameras of this caliber as we don’t recommend anything less if you’re really trying to push those films out there. In addition, the EOS Mark D contains Canons very own EF lenses (excluding EF-S Lenses) which will offer you highly compatible lenses, solidifying this as one of the best cameras for filmmaking.

This is one of Canons fastest selling cameras to date, as it comes with an EF mount, CF cards, in addition to being compatible with UDMA CF cards, SD, SDHC, and SDXC memory cards to top it all off. The Canon EOS Mark D offers optimal features in its video creating capabilities, and if the cameras recording time reaches 29 min. 59 seconds, the movie shooting will automatically stop, so that you will not be forced to remove unwanted content. 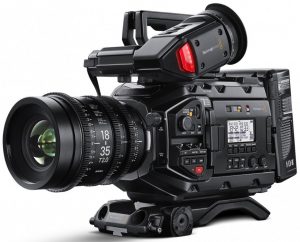 Here we have the Black Magic URSA Mini Pro. This is a rock solid, highly capable camera that comes with touchscreen control features as well as high quality sound recording. This camera has a 4.6 Super-35mm CMOS Sensor in addition to a full set of external controls, allowing the filmmaker to have superior options when they are capturing their clips and a wide exposure latitude for even greater control post. The camera is further equipped with an interchangeable lenses mount, as well as a magnesium alloy body for a sturdy and long-term build.

The URSA Mini also comes with multiple connections, such as the 12G-SID out, and its HD SDI monitoring out, making this a great recording choice, and one of the best cameras for filmmakers. If you are in the market for an easily accessible camera that contains intuitive features and your budget allows, the Black Magic URSA Mini Pro camera contains just that. 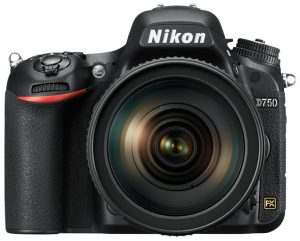 Next up, we have a dexterous full-frame DSLR camera that is the perfect solution for filmmakers at a relatively cheaper price than others in this guide. The Nikon D750 comes equipped with built-in Wi-Fi as well as full HD 1080p at 60/50/30/25/24p for enhanced image quality. The cameras 24.3 MP FX format sensor and EXPEED 4 enable this camera to contain faster frame rates, a low noise, and wide ISO range of 100 to 12,800.

Furthermore, the cameras Full HD video comes with reduced noise at high ISO sensitivities, making this one of the best cameras for filmmakers on a budget. The camera allows you to manually control ISO, shutter speeds and aperture while recording your videography. The Nikon D750 is also a cheaper alternative when it comes to high-tech cameras that come with optimal features for smaller budget films. 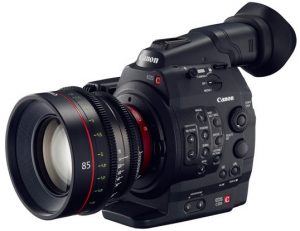 The EOS C500 brought to you by Canon is going to be an exceptional option for filmmakers if you have the money as its cutting-edge HD video capabilities are going to provide you with the above-average quality you desire. This camera 4096 x 2160 effective pixels (approximately 8.85 megapixels) as well as its CMOS sensor type is going to enable high-efficiency. This camera comes with a progressive scanning system, with 1 total number of sensors, which is relatively typical when it comes to digital cameras.

The D750 is going to elevate your overall experience with its Digic DV III imaging processor, which will allow the user to take higher quality photos. These are some of the basic features that make the Canon EOS C500 another one of the best cameras for filmmakers. 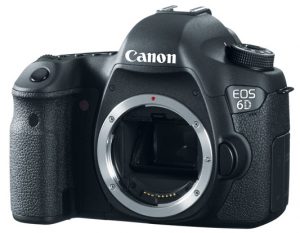 Next up we have Canon’s EOS 6D. This is a camera that offers highly functioning attributes such as its RGB color filters, in addition to having 20.2 megapixels. When it comes to Canon digital cameras EOS 5D or the Mark II, III, and VI, the 6D cameras megapixel quantity comes a bit on the smaller end. Don’t let that shy you away from this camera though, as it offers a 1920 x 1080 (30fps/25fps/24fps) as well as incredible autofocus, allowing this to be considered one of the best cameras for filmmakers as well.

This is a full-frame CMOS sensor that contains a wide ISO range of up to 25600 for the best possible image quality, even in lower lighting resolutions. Whether you are a casual photographer, or a professional filmmaker, this Canon EOS 6D offers so many enhanced characteristics that continue to impress its users. 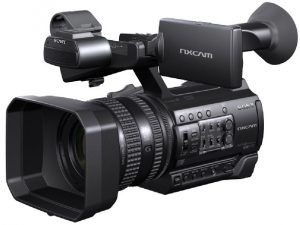 Here we have a camera that offers not only a professional feel, but also professional quality. The camera’s Sony G Lens offers 12x Optical Zoom for an enhanced imagery, and enables you to have the ability to shoot from far distances. The cameras create and share profile feature facilitates a seamless transition when it comes to showing off your creativity. In addition, the HXR-NX 100 comes with Dual SD memory card slots so that you have additional memory coverage for your content. The camcorder will generate high-quality footage with its single Exmor R Sensor and its Full HD 1920 x 1080 resolution.

Here the Sony HXR-NX100 brings a versatile handheld camera that is not too heavy, and can be used by a wide arrange of users without the need of additional support. The is a professional handheld camcorder that will be sure to bring your experience to life, which is why it is without a doubt one of the best cameras for filmmakers. 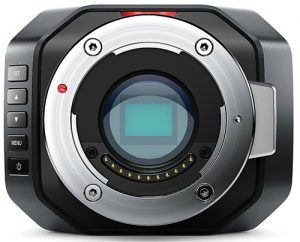 Next up, we have the Black Magic Micro Cinema, a camera that offers interchangeable lenses, LP E6 Canon batteries, and many other great features that makes this one of the best cameras for filmmakers. This one of their older models; however, it offers a wide range of pros, such as lightweight, 16 mm sensor, micro four thirds lens mount, and wireless control. The camera offers removable batteries or DC power sources for remote recording, in addition to having an LED on the camera to indicate low battery condition as well as record status.

In addition, the Black Magic Micro Cinema has professional grade sound quality and audio recording with a built-in microphone for the optimal overall listening experience, although we still recommend grabbing an after-market external mic for optimal sound quality if you aren’t overdubbing later on.

The Sony Alpha a6000 gives us a big budget break in case you were looking to save a lot of money yet still get away with some decent film quality. This is a great companion camera for adventure seekers and those who just want to have some fun with their filmmaking. This is light weight, small and yet incredibly fast, detailed camera that will use its BIONZ X Processor to enhance the speed of your shots. This really is a great camera choice if you are interested in applying your shots to still images or video, as it has the ability to capture various textures and reduce blurry details. The camera’s Full 1080 HD at 60p or 24p won’t give a beastly film quality like others, however can get the job done for smaller uses.

Compared to most DSLR cameras, the Sony a6000 is much smaller and also significantly lighter, yet sustaining its creative touch and similar interchangeable lenses, manual controls, and just about any high-quality feature you can get out of a larger, heavier camera choice within this price-range. 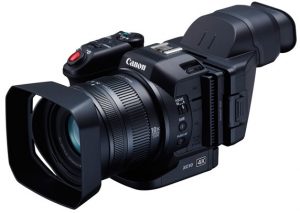 The Canon XC10 is our last pick but definitely a beast if you’re able to grab it. Firstly, you have a CMOS sensor camera that compares favorably to other sensors in the market. In addition, this camera comes with approximately 8.29 megapixels (3840 x 2160) for creating movies, and 12 megapixels (4000 x 3000) for photography. The cameras DIGIC DV 5 Image Processor incorporates advanced technologies such as 4K video acquisition, Image stabilization, slow and fast motion recording and precision AF. In addition, this camera comes with HD recording, as its AVC Long Group of Pictures encoding is best utilized to help maintain enhanced quality as you cannot have HD recording up to 1080/60p HD.

This camera will without a doubt help you up your film game, as it is not only the optimal size and weight, but is built with durability for those of you traveling particularly long distances. The Canon XC10 is a bit on the expensive side, but its high-quality features explain why. These are just some of the features that make this one of the best cameras for filmmakers.