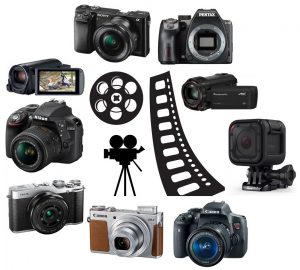 The best beginners video camera will help you launch those ideas you have brewing in your head right onto that screen. The camera realm is definitely one of the most saturated out there when it comes to electronics, and even more so, the many types of cameras may have your head spinning to confuse your shopping endeavors even more. We saw our video camera buying guide spell out most of the factors needed to keep in mind when buying a video camera; however, if you’re here today, you’ve narrowed your search to something we can all start with — a camera that isn’t super high in price, too overloaded with features, yet still gives us a piece of machinery with a learning curve to invest in our future.

The Best Video Cameras for Beginners 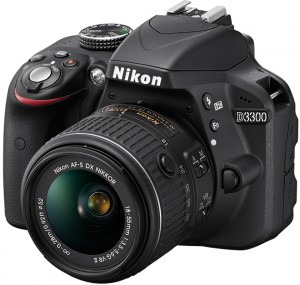 Taking on the idea of familiarizing yourself with something new can seem somewhat daunting, and in the case of video cameras it’s helpful to begin with one that mixes modern features with a simplistic approach. As arguably one of the best DSLR cameras ever, it is able to shoot 5 frames per second (fps) with high-resolution clarity, rocks a nice 24.2 Megapixels as well as 1080p Full HD footage for those video clips. An additional Panoramic mode lets you get wide shots at various angles, while a decent built-in image stabilization processor focuses in on your subjects without the concern of residual blur from movement.

Black and white images is one of the options from the various filters and helps to give a unique feel to all of your images. Finally, this video camera is enabled with WiFi, giving you the freedom to upload your photos and videos instantly for real-time presence. It’s made it into countless guides around the net including ours for a reason. We love the D3300 if you’re a beginner and wanted an affordable DSLR with solid features. As one of the best video cameras for beginners, the Nikon D3300 does just this, fitting in with the modern world while maintaining an old school feel. 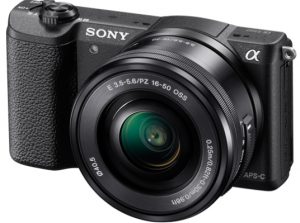 A mirrorless camera with quick autofocus, interchangeable lenses, a tilting screen for various angles, and a nice, versatile size? Again, this pick is a mirrorless camera, which means that it uses a phase and contrast detection system to attend to the subject within your video.

Able to record HD 1080p in 60, 30, and 24 fps, this camera comes equipped with a stereo microphone to help zero in on your subject and capture not only a precise visual but a clear audio as well. In addition because this camera is equipped with a touchscreen, you can playback your videos immediately after recording them to ensure that when you get around to editing them to your liking you have every shot you need for your recording. With enabled WiFi and the option for manual control, the Sony a5100 is one of the best beginner video cameras. The Sony a5100 comes with everything that an amateur videographer could need as they are beginning their proficiency. 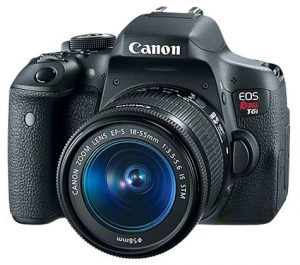 Beginner videographers take note, because the Canon EOS Rebel T6 is the best video camera for those individuals seeking high quality video clips with little involvement in the “heavy lifting”. Built with a 24.2 Megapixel sensor, the EOS has an enhanced light detection within the camera, which provides images that maintain a natural appearance, taking out the guess-work of positioning and searching for the perfect lighting. Even unflattering light situations, at night or in the dark, and fast-paced movements that are difficult to capture are improved with scene analysis systems.

This features adjusts to the subject of the image or video based on what they are doing to provide clarity within the resolution. As an added bonus, a compatible wireless device lets you automatically upload photos and videos directly from your camera, giving you instant results and updated communication to show off your new videography skills.

Even as a beginner, your videos will make it look like you are right there in the thick of the action thanks to the Canon VIXIA HF R800. As one of the best video cameras for beginners with that traditional camcorder build we were talking about before, the R800 is compact in its design, able to fit easily within the palm of one hand. This camera gives you the option to video in slow and fast motion, and the control to choose the speed of your recording directly onto the three-inch LCD touchscreen.

Able to zoom in 57x greater than the average camera, the ‘Optical Image Stabilizer‘ keeps your visual stabilized to ensure that you can view everything as clear as when the video was first taken. Your videos can be recorded to a removable SD card, giving you more flexibility in how much you are recording without having to worry about overall storage. Reasonably priced and well reviewed, the VIXIA HF R800 is a worthy addition to this list. We recommend it if the camcorder style was your thing, or you plan on traveling a lot with your device. 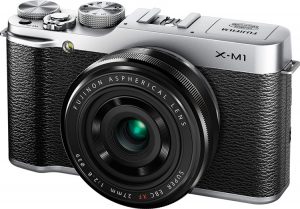 With a style reminiscent of old school Hollywood films but a technology to make every video memorable, the Fuji X-M1 is a video camera that is best for those you are just starting out and wanted something a bit higher when it comes to overall build and quality. With a three-inch touchscreen and a compact design, this camera is made to be used one-handed with the ease of simply rotating the dial for its various features. Recording 1080/30fps HD video is especially easy due to the one button that automatically switches your camera into movie mode.

The ability of the screen to tilt also gives the user more freedom in the angles and their perspective that they are trying to capture, while various options of playback let you edit directly on the camera. Finally, going along with the amazing one-touch button idea, turning on the WiFi to automatically upload your items is just that simple, and when you’re just starting out isn’t that exactly what you want? 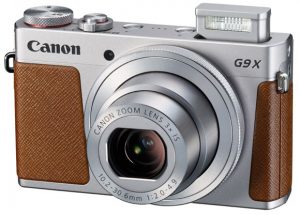 Weighing only 7.37 ounces, beginning videographers will come to seek the ease of the Canon PowerShot G9 X, a classic looking camera with all of the necessary upgrades providing high quality videos. Categorized as a point-and-shoot camera, with 20.2 Megapixels of resolution for precise clarity, the G9 X has an intuitive user interface that lets you customize, adjust, and focus your images directly on the camera thanks to the responsive touchscreen.

If you’re taking pictures with this one as well, shutter speed is easily adjustable due to the ‘Control Ring’, which allows you to capture various shots in a short amount of time while also maintaining a realistic perspective in your videos. Designed as a user-friendly and simplistic device for those just starting out, the Canon PowerShot G9 X is one of the best beginning video cameras due to not only the quality it brings us but the amazing, compact size for those not wanting to lug around a DSLR. 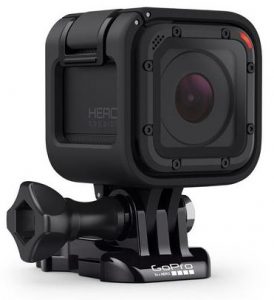 If you’re an adventure seeker who is looking for a camera for a life that is on the go, there are probably some requirements. Waterproof? Check. Bluetooth and WiFi to never lose touch? Also check. One button to turn it on and to begin recording? Yes, the GoPro HERO Session does all of these things to make it as one of the best video camera for starters if your style asks for it. This is categorically out of the norm in this list and labeled as an action camera, and although GoPro’s popularity has dwindled a bit, still holds its reputation as the best POV video camera out there today. Able to record 100 fps and equipped with an OK microphone for sound reduction, the 1440 pixels work with these features keep every shot looking as clear as it was the first time you experienced it.

Because this camera is built-in such a compact design it’s difficult to make sure that you always have it facing right-side up, but the camera automatically adjusts so that you don’t have to worry about rotating anything when editing. Add in the fact that this camera can be mounted for those moments where you may need to be hands free (skiing, biking, skateboarding) and it’s evident that this camera suits adventurers alike.

A great-for-the-price camera that helps you create high-quality images, the Sony Alpha a6000 is another one of the best beginner mirrorless video cameras for those just starting out. Four different dimensions of auto focus (4D) work to ensure that each image and movement is captured with both focus and precision. This includes a wide focus that takes both height and width into account, and a depth focus that zeros in on speed. In addition, a tracking focus lets the camera predict movements before they occur so it can automatically begin to adjust for changes in the subject.

Aspiring videographers also needn’t worry about that pesky issue of blurred images due to the high quality processing system and larger lens. These two additions work together to create sharper images and reduce any blurriness that may normally occur with movement. Add in the bonus of a compact size that is perfect for travel and amateur videographers can feel that they are ready to get on the move. 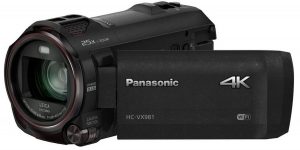 Working over time for the multi-tasker in all of us, the Panasonic HC-V770K is the best starter video camera for the all-in-one user. With a 4-Drive Lens System that allows you to zoom up to 20x better than an average lens, this camera gives you an up-close perspective from far away distances. The High Dynamic Range (HDR) Movie capability makes lighting a non-issue, balancing high and low lights for a clear image when playing back your shots.

The Back Side Illumination (BSI) sensor makes out those darkened images with precise clarity for exceptional visibility, and you can even turn your 1080p HD videos into slow-motion shots just by clicking the screen. Bring in your WiFi capable Smartphone and multitasking goes to a new level, with you being able to shoot with both the video camera and your phone. What better way to look like an aspiring filmmaker rather than a beginner with two different perspectives on one shot? 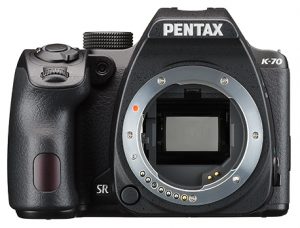 To conclude this list, we’re taking a look at the ultra-durable Pentax K-70, a DSLR camera that provides the user a sense of ease while taking their shots to the wild outdoors (or even your backyard). Freeze, weather, and dustproof, the K-70 has 1080p of HD recording, and can shoot up to 6 fps. It also contains a Shake Reduction (SR) sensor that lets it know to stabilize the photo or video if it senses the frame is off-balance. Additionally, a ‘Pixel Shift Resolution’ works to ensure that the resolution remains sharp so that images and recordings stay clear. However, it is the Night Vision setting that makes this camera unique.

This feature works well in low-light situations and adjusts to darkness to focus on the object being recorded. While on the higher end of the budget, this camera delivers high-quality recordings, and is ideal for a pick as the best beginners video camera if your budget is a little higher than most starters.