As a beginner, choosing the right laptop for your music production needs should not be too difficult but it is definitely a critical decision. We can’t tell you how many hours we’ve spent researching computers, laptops and the works when it comes to finding the perfect rig to make some tunes on (and have purchased multiple times for ourselves personally). You will be looking for a laptop that has the ability to record as well as produce music, in addition to one that will give you service for several years to come (as with all music gear for beginners). Software, sounds and effects nowadays are pretty demanding. This is going to be an investment, considering laptops aren’t the cheapest part of your musical set up by far. Also, if you are the type to move around a lot, it would be prudent not to choose a bulky laptop since carrying it around will definitely be a tiresome task, but we’ll leave that up to you.

To this end, most people are of the idea that high end specification laptops are the best, and they are very correct unfortunately. However, not all high-end laptops have what it takes to run DJing, DAW, or any other type music production software. It is mandatory that the computer you pick has high-performance hardware and runs on viable specifications; those that will ultimately suffice your needs.

What to Look For in a Music Production Laptop

So what exactly should we look for in a music production laptop? Just like a beginners computer for musicians, the best beginners music laptop is one with a powerful multi-core processor, with at least 8GB of RAM, a solid state drive, and a standard GPU. In most cases, new age laptops use new generation processors with integrated graphics. As such, you might feel that a dedicated GPU is not necessary, but it goes a long way in ensuring that you are able to utilize plugins with heavy graphics. Moreover, since music production involves a lot of disk writing and recording, an SSD makes for a more viable choice since they tend to have fewer moving parts. If there is one thing we can’t stress enough — SSD is crucial! Lastly, in addition to having sufficient RAM to facilitate simultaneous tasks and the use of multiple plugins, make sure that there are extra RAM slots such that you can comfortably upgrade in the future will be a huge plus.

Here is a list of are our recommendations for the bare minimum specifications when shopping for a laptop for beginner musicians: 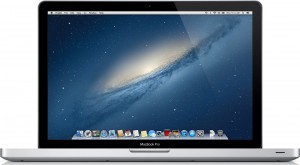 Up first, we’ll take the safe route to begin. Apple’s MacBook Pro series laptops are arguably the best music laptops for beginners (and we mean arguably). Although they can be used as a multi-purpose laptop, they hold their strong points in music recording as well as production and recording. The MacBook can come with a solid set of hardware, which gives it all the necessary performing power and abilities to handle the demands of the latest music production software, effects, and virtual sounds. Under the hood, these laptops have the latest 9th Gen 2.5 GHz six-core Intel Core i7 / i5 processor with 12 MB cache. The processor needs no introduction and is undeniably an able processor. Moreover, it can turbo boost up to 4.5 GHz under heavy usage. The device comes with at least 8 GB of RAM and a 256 GB of fast, secure, and ultra-efficient SSD storage.

The laptops are aided by a powerful AMD Radeon Pro GPU and automatic graphics switching Intel UHD graphics chipset for that extra punch of power when you want to edit your vacation pictures and videos. The only downside, however, is that the Apple MacBook Pro is not upgradable. However, if you spend some cash on this thing and get at least our bare minimum specs we’ve recommended previously, you will be set for a very long time. 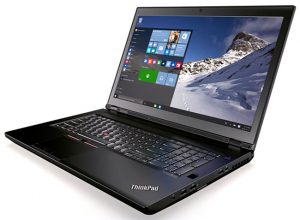 As one of our favorite PC laptops out there for music production and recording, the Lenovo ThinkPad P series make it to the list simply due to the engineering philosophy behind them. As opposed to other models, the overall build and hinges are made from metal and not plastic which offers you more durability. This added to the magnesium frame, makes the Lenovo P series very durable, hence qualifying them as one of the best music laptops for beginners when combined with the specs. What’s more, you can get up to 4 internal HDDs / SSDs, a RAID 0 or 1 configuration, max out your memory at 64 GB, and Intel Xeon processors.

The Lenovo Thinkpad is obviously great for professional music producers – who need lots of RAM, storage space. There are more models than we count in this series that offer all of our minimum specifications (a lot more options than Mac), so you can tailor this buy to your liking and budget. Lastly, they are pretty much expandable allowing you to grade your RAM or storage capacity whenever you feel it necessary. Additionally, their fan is designed to cool faster, thus avoiding any chances of overheating. 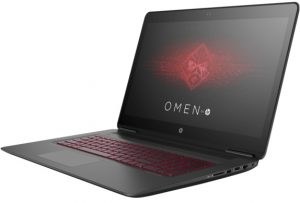 The HP Omen is the model to choose if you are more worried about having to purchase a laptop whenever the latest software requires more RAM that you initially anticipated. This laptop comes with nearly 32 GB RAM, and they have several slots for easy upgrading. Additionally, they come fully equipped with anti-glare display and are quite easily carried around with a weight of 8.8 pounds. However, their fan system is not as effective as other modern versions, thus, ends up making quite a bit of noise.

Regardless, this is a toll you’ll take for having one of the most powerful laptops out there right now. This and a few others we’ll be mentioning later on in this list are considered ‘gaming’ laptops. You’ll be paying a little extra for the graphics card in there, but if you can stomach that, you’ll also be paying for top notch specs that are meant to handle high-demanding video games. If a beginners music production laptop can handle that, it can surely deal with our DAW very easily. The HP Omen is a beast. 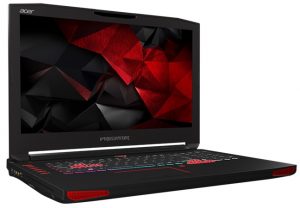 Coming in as another one of our favorite picks as the best music production laptops for beginners, the Predator is another powerful gaming rig we feel would be great to make music with. With battery life of up to 7 hours, storage ranging from 256 GB to 2 TB, upgradable storage as well as RAM, and Nvidia GeForce DDR 5 graphics, it is easy to see why the Acer Predator line of laptops is ranked as one of the best starter music production laptops by many. The laptop offers good thermal management and runs on the latest hardware, thus, making it the ideal music workstation companion.  Being that it is majorly designed for gaming; the laptop has 15.6 inch Full HD IPS display which operates with a refresh rate of 144Hz. This gives you a vibrant and crystal-clear display which includes wide-viewing angles.

Also, the laptop includes 8th generation processors ranging from Core i3/i5/i7, which provides you with a steady performance, powerful enough to run all DAW. It runs on a SSD drive, ranging from 256 GB to 2 TB, producing minimal noise when in operation. More importantly, expect snappy responses when rendering gigantic music files or when editing your pieces of music. Just as the name suggests, this line of laptops are “predators” ready to put up a considerable amount of fight for you. With regards to connectivity, Acer Predator laptops come with all the essential slots and ports including the usual USB ports that you can use to connect you audio devices without necessarily dealing with dongles. 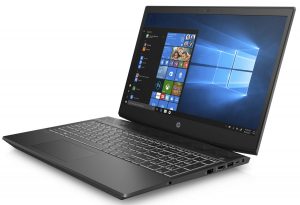 The HP Pavilion is one of the most reviewed laptops in modern times, and for pretty much any “use” you can think of depending on what model you get. They span across a huge range. A majority of reviews find these laptops to be efficient but with some room for improvement when it comes to display, especially brightness levels. Nonetheless, this make for a very reliable alternative considering the fact that they are quite affordable. In other words, they offer good value for money. But what exactly makes this line of laptops qualify as one of the best beginners music laptops? Their key attributes include improved battery life, reliable audio, and portability.

Majority of HP pavilion laptops weigh in at a meager 1.8 Kg, making them quite easy to carry around. Many of the HP Pavilion also include B&O speakers for enhanced audio and have a battery life of up to 13 hours, surpassing most of the other laptops in this list. 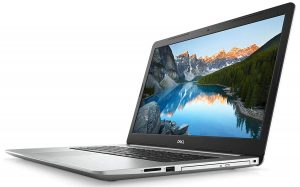 If you are after for a 2-in-1 touchscreen laptop with powerful hardware for your music production work, then this Dell Inspiron line of laptops is the thing for you. With its strong 360 degree hinge you can use these laptops in four different modes such as a normal laptop, to a tablet mode, display mode or tent mode. These Dell laptops are one of the best music laptops for beginners since they have has a big 17.3 inches of full HD touchscreen display with IPS technology which provides impressive color and clarity. It is powered by the Intel 8th gen Core i7/i5/i3-8550U processors, thus, the ability to handle heavy multitasking. Also, they are paired with 8 GB – 32 GB of RAM.

They have got an impressive storage space of 256 GB-512 GB of faster SSD + 256 GB-2 TB of HDD which is more than enough to store anything on your laptop without any storage issue. The graphics of the Dell Inspiron is backed by the 2 GB of dedicated NVIDIA GeForce MX 150 graphics card. 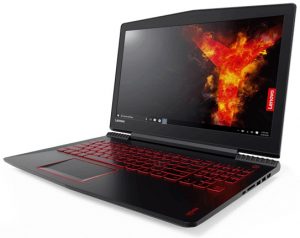 Lenovo Legion is to a great extent one of the best designed music and gaming laptops currently available in the market. Their efficient thermal management systems and sturdy hardware make them one of the best beginners music laptop picks in regards to longevity. They utilize hexa-core process ranging from duo-core to core i7, along with 6 GB of Graphics (Nvidia GeForce GTX 1660 Ti). The RAM is mostly DDR4 with capacity ranging from 6 GB to 16 GB to 32 GB. If you cannot afford the 32 GB options, do not fret. The Lenovo Legion has been structured such that one can very easily upgrade its RAM and memory later down the line, with the RAM having an upgradeable capacity of 32 GB.

With regards to storage, these laptops have both a hard drive and SSD. The SSD capacity ranges from 64 GB to 256 GB while that of the hard drive has a maximum capacity of 2 TB. Look into the Lenovo Legion. if you want some power at your fingertips that will last you many, many years. 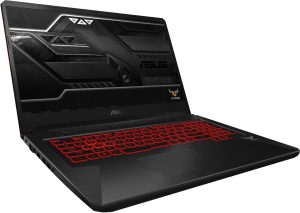 Last but not least as the final pick to be the best music production and recording laptop for beginners, ASUS makes an appearance here. The Tuf line is the newest from ASUS, which implies that it is one of the least reviewed laptops. However, this gem has a lot to offer and especially when it comes to music production. One of its most appealing attributes is the unique design used which include a backlit keyboard and overall sturdy build. These laptops weigh about 2.28 kg, which makes them quite portable. What’s more, they use the latest Intel processors ranging from Core i3 to Core i7. For their memory, these laptops utilize a DDR 4 storage ranging from 8 GB to 32 GB.

Connectivity is also another key attribute of these laptops and arguably they key trait making the ASUS Tuf one of the best starter music production laptops in the market today. They come fully equipped with Bluetooth 5.0, a wireless AC, and Gigabit LAN. allowing you to connect to some of your studio devices with the utmost ease (definitely still want an audio interface). A big plus if you do just more than making tunes on your laptop as well.